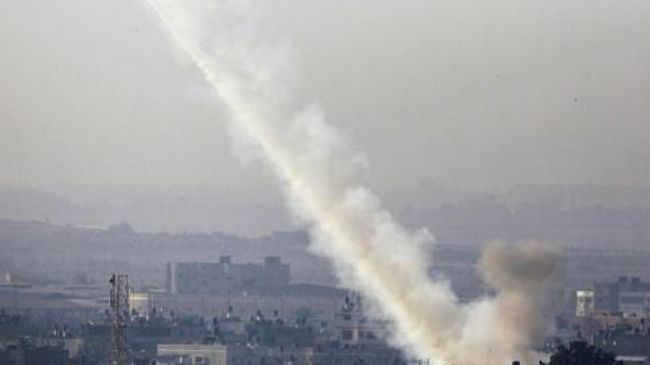 Israeli war jets have carried out a number of airstrikes against the Gaza Strip in yet another act of aggression against the besieged coastal territory.

The airborne assaults, which were launched in the early hours of Monday morning, reportedly hit several targets including military posts in the northern and central parts of the Palestinian blockaded enclave.

According to local Palestinian media, Israeli Apache helicopters were also involved and launched at least two missiles at the northwestern part of the strip, targeting the Ezzedine al-Qassam Brigades, a military wing of the Palestinian Hamas resistance movement.

Israeli sources claimed that the air raids were conducted in response to a rocket attack that had struck the southern part of the Israeli-occupied territories a few hours earlier, blaming the attack on the Palestinian resistance movement.

Red alert sirens urged the residents of the area to hide in bunkers. Tel Aviv later said that the rocket attack caused no casualties or damage as it had landed in an unpopulated area.

Over 2,200 Palestinians, including 577 children, were killed in a 50-day Israeli military aggression against Gaza, which started in early July and ended on August 26 last year. Over 11,100 others, including 3,374 children, 2,088 women and 410 elderly people, were also injured in the offensive.