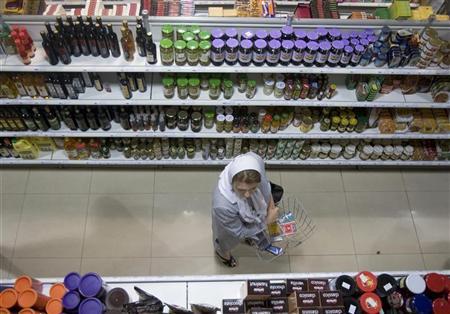 Iran has labeled more than 200 goods made in the US ahead of the much-anticipated lifting of sanctions which could trigger an influx of foreign products.

The Trade Promotion Organization of Iran has published the names of 227 goods subject to an import ban and sent the list to authorities in all the 31 provinces across the country in a directive to implement the boycott.

The list includes an assortment of goods, including chewing gums, cigarettes and appliances in addition to defense equipment such as tanks and armored vehicles, the Tasnim news agency reported on Monday.

The labeling comes in the wake of an order last month by Minister of Mine, Industry and Trade Mohammad Reza Nematzadeh for a ban on entry of US consumer goods.

In October, Leader of the Islamic Revolution Ayatollah Seyyed Khamenei wrote to President Hassan Rouhani, urging the government to develop an “economy of resistance” and check the imports of US-made goods.

The Leader wrote the letter to outline his conditional approval of the Joint Comprehensive Plan of Action — Iran’s nuclear accord reached in July with the US, Europe, Russia and China.

Ayatollah Khamenei also instructed the government to stop “unbridled imports” and entry of all goods from the United States when sanctions are lifted.

US products often find their way into the Iranian marketplace through back channels. There are other routes such as licensing workarounds and direct trade for goods not covered by US sanctions which result in American products ending up in the Iranian market.

US food and beverages such as Coca-Cola and Pepsi have local bottlers and distributors in Iran, but they say they have nothing to do with the American brands.

US food and beverages such as Coca-Cola and Pepsi have local bottlers and distributors in Iran.

US brands also make up the bulk of contraband cigarettes in Iran. Up to 6-7 billion Marlboro cigarettes, made by Philip Morris USA, are annually smoked in Iran which translates into imports of three truckloads per week.

A senior official said recently Iran had launched a serious campaign to stem the flow of bootleg cigarettes.