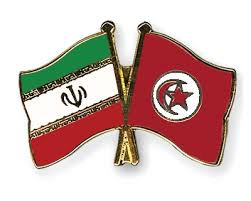 Iran and Tunisia signed an agreement on tourism cooperation during a ceremony held in Tunisia’s Tourism Ministry.

The ceremony was attended by Tunisian Minister of Tourism and Handicrafts Salma Elloumi Rekik, Head of Iran’s ICHTO Masoud Soltanifar, heads of Iran and Tunisia’s private sector’s tourism organizations as well as a group of reporters.

During the meeting, Rekik said that the agreement can indeed be a starting point for expanded mutual cooperation. The document is on holding courses on tourism, advertising as well as marketing and joint investments.

She added that Tunisia is an ideal destination for Iranian tourists. Considering the country’s history and civilization as well as Iran- Tunisia’s cultural and religious commonalities, tourism exchanges are low which we hope will boost through the agreement.

Asked about Iran-Tunisia’s cooperation on the field of carpets, she added that Iranian carpet is a credible brand in the world and we are ready to cooperate on holding related educational courses and exhibitions.

During the meeting Masoud Soltanifar, also conveyed the message of Iran’s President Hassan Rouhani to Essebsi inviting him to visit Iran.

He added that there are no limits for ties with Tunisia and President Rouhani has urged expansion of relations.

Tunisia’s President Mohamed Beji Caid Essebsi, for his part, stressed the regional tensions saying “The region’s situation has changed particularly in Iraq, Syria and Yemen. We believe that regional countries should solve their own problems.

The private sector’s activists of Tunisia’s tourism held a meeting with Soltanifar as well.