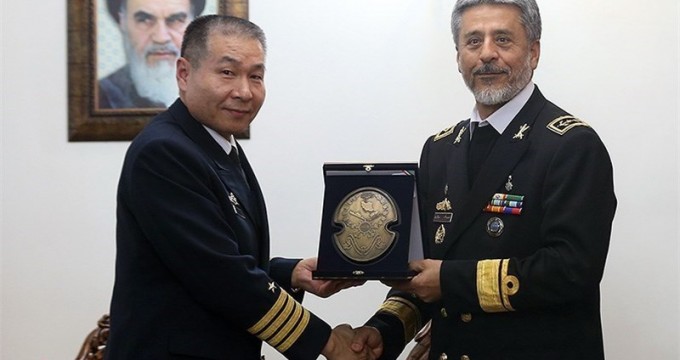 Iranian Navy Commander Rear Admiral Habibollah Sayyari and deputy chief of the General Staff of China had a meeting in Tehran on Sunday.

Speaking to reporters after the meeting, Sayyari said they conferred on a range of issues, such as exchanging military instructors and cadets.

Talks were also held on technical expertise in the repair, maintenance and overhaul of vessels and submarines, he added.

According to Sayyari, another topic that both sides expressed enthusiasm to consider was the fight against piracy.

He said the necessary coordination has been made for combatting pirates in the Gulf of Aden.