The Stop the War rally gathered outside BBC Broadcasting House in central London on Saturday before marching to Downing Street, with the Prime Minister labelled as ‘insane’ and ‘evil’ by one activist, the Daily Mail reportes.

They also took aim at the 66 Labour MP’s who voted for the military action against ISIL terrorists, going against party leader Jeremy Corbyn’s stance.

It came hours after former Stop the War chairman Mr Corbyn attended a fundraising dinner for the organization despite some Labour MP’s urging him to avoid it. 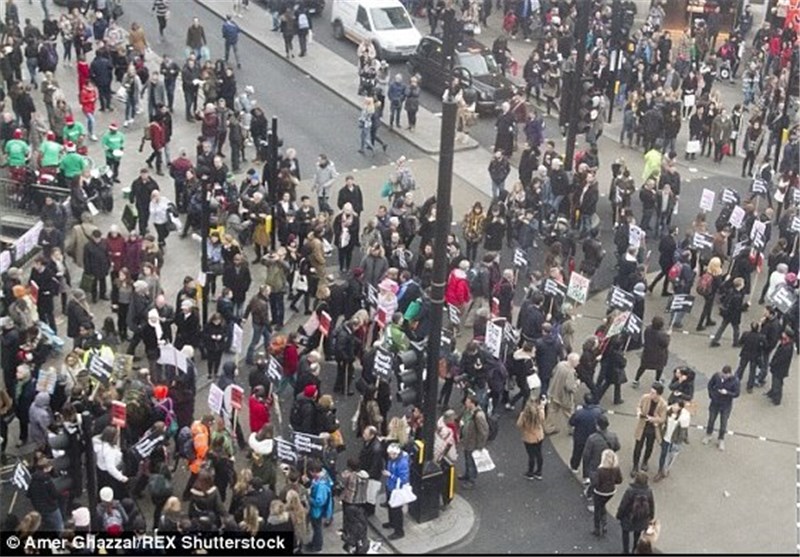 The Socialist Party supplied an open microphone for the event, with over a dozen speakers lining up to voice their anger under the watchful eyes of police.

One speaker, who gave his name as Tony, said Mr Cameron was ‘insane’ and ‘evil’ for pursuing a more aggressive approach.

He added: ‘You can’t bomb your way to peace.’

Helen Pattinson, 24, who is part of a group that has been campaigning at schools, questioned the funding for military action.

The protest closed streets as it weaved along Regent Street, past Piccadilly Circus and Trafalgar Square. The crowd chanted: ‘Stop bombing Syria, no more war” and “They say warfare, we say welfare’. 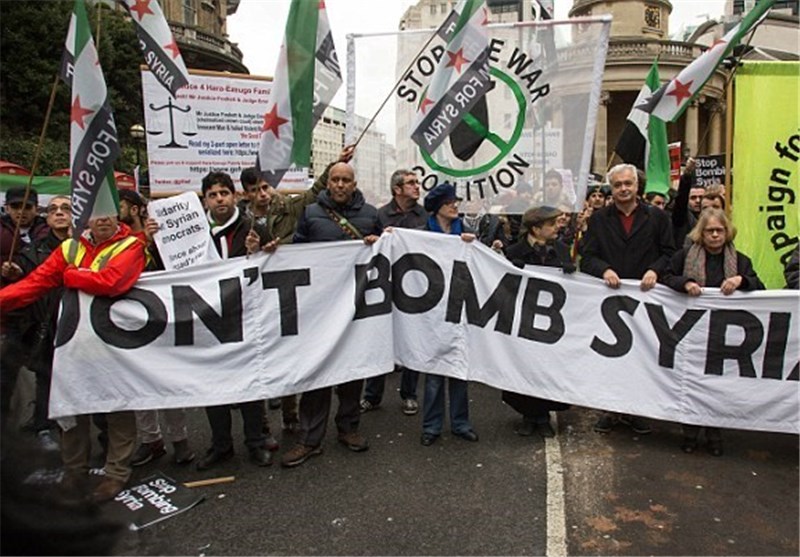