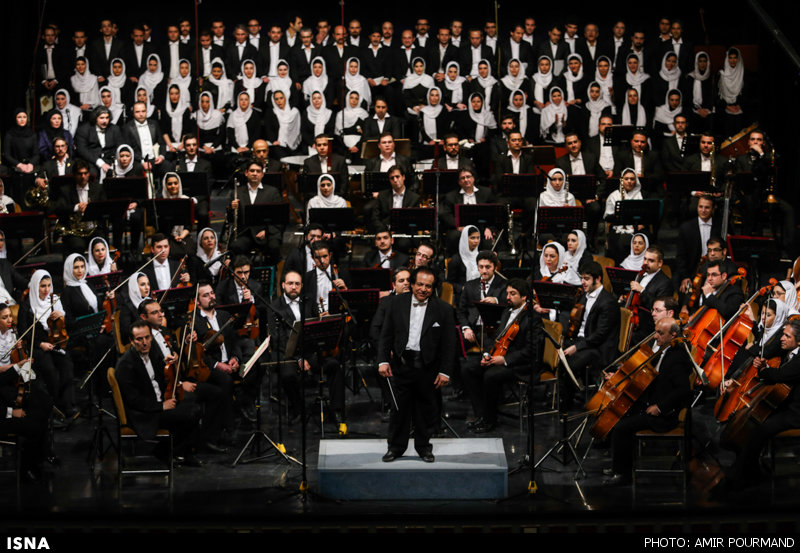 Tehran, Dec 12, IRNA – The Tehran Symphony Orchestra will be performing in Shanghai during May.

The concert is a reciprocal performance, which was arranged following two joint concerts of the China Philharmonic Orchestra and the Tehran Symphony Orchestra at Tehran’s Vahdat Hall last August.
Following the joint performances, Iran’s Rudaki Foundation, which supervises the Tehran Symphony Orchestra, engaged in talks with the Staatskapelle Berlin to invite the orchestra to perform in Tehran.
The concert was set for early September, but Iranian authorities postponed it indefinitely after they obtained information about the Israeli citizenship of Staatskapelle Berlin conductor Daniel Barenboim.
Afterwards, Iran announced that the Staatskapelle Berlin could be allowed to perform in Tehran if it changes its Israeli-Argentinean conductor, the Tehran Times said in a report.
Deputy Minister of Culture and Islamic Guidance for Artistic Affairs Ali Moradkhani said during a press conference that many factors influenced Iran’s decision to bar Barenboim from visiting Iran.