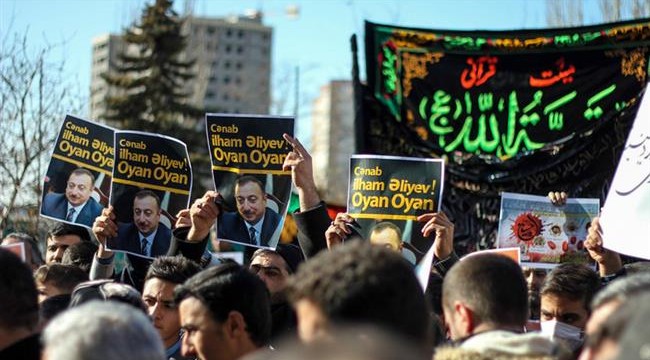 TEHRAN, Dec. 12 (MNA) – Iran’s Foreign Ministry spokesman says the Islamic Republic is closely following up on Azerbaijan’s crackdown on Shia Muslims and is in constant contact with relevant officials.

Hossein Jaberi Ansari expressed his respect and tribute over the concern and pure sentiments of various groups of Iranian people toward the recent occurrences in the Republic of Azerbaijan, saying “Iran’s Foreign Ministry is closely following up on various aspects of the events taking place in Azerbaijan and has been in constant contact with relevant authorities in that country.”

Jaberi Ansari made the remarks in response to the Saturday statement of the International Union on Unified Ummah in which the Islamic Republic was criticized for playing a passive role in regard to Azerbaijan’s crackdown on Shia Muslims, which left a number of mourners killed in a recent raid on Nardaran region.

“As a result of consultations between the two countries, a more appropriate atmosphere was provided for holding Islamic rituals and preserving the sanctity of religious places,” said Jaberi Ansari, referring to the mourning ceremonies held in Azerbaijan by the end of Safar, the second month in the Islamic calendar.

The Iranian diplomat further called on all engaged sides to keep a vigilant watch so as to prevent the realization of enemy plots which seek to hurt the relations between Iran and Azerbaijan.

The Azerbaijani government has launched a harsh crackdown on Shia Muslims in the country’s eastern Nardaran town. Policemen shot and killed five Shia Muslims and arrested 32 others who had gathered for a religious ceremony to mark Arbaeen, the 40th day since the martyrdom anniversary of Imam Hussein (PBUH), the third Shia Imam.

The attacks prompted ethnic Azeris in northwestern Iran to hold a rally to denounce Baku’s intensified wave of arrests and the killing of Shias in Nardaran district, north of the Azeri capital.