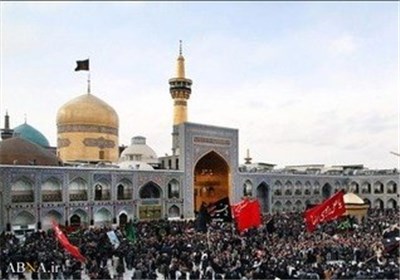 Millions of Muslims have gathered in Iran’s holy city of Mashhad to mark the passing anniversary of Prophet Muhammad (PBUH) and martyrdom of Imam Hassan (PBUH), the second Shia Imam.

People from across the country, along with a large number of foreign pilgrims, are holding religious ceremonies at the holy shrine of Imam Reza (PBUH), the eighth Shia Imam, in Mashhad on Thursday to honor Prophet Muhammad and his grandson.

The 28th day of the month of Safar (the second month in the lunar calendar) marks the passing away of Prophet Muhammad and martyrdom of Imam Hassan.

Thousands of pilgrims from around Iran traveled on foot for several weeks to take part in the mourning ceremonies.

Millions of the mourners will stay in Mashhad until Saturday to mark the martyrdom anniversary of Imam Reza. They will converge on Imam Reza’s Holy Shrine as well as local mosques and other religious centers to mark the tragic event.