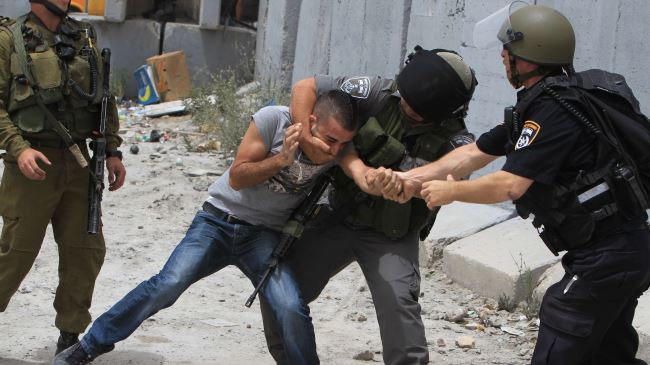 Tehran, December 8, The Iran Project- Palestinian Department of the Prisoners Affairs says that Israeli forces use sever torture against the Palestinian prisoners, talking about a prisoner whose body has been covered with 28 cigarette burns. Another Palestinian Committee also talked about holding at least 520 Palestinians including five children under administrative detention.

The Palestinian Authority of Prisoners Affairs on Monday announced that Palestinian prisoners have been severely tortured by Israelis in prison. The department’s director, Louay Akka pointed to a prisoner burned by cigarette who has been hold imprisoned for the charge of attempt to stab an Israeli soldier.

The Palestinian senior official described his injuries as “unfathomable”, adding that those responsible for such measures are “criminal”.

Earlier, the Council for European Palestinian Relations (CEPR) criticized the poor conditions in Israeli prisons which have led to the deterioration of health for a large number of Palestinian prisoners.

Meanwhile, in the same day, the Palestinian Authority Committee for Prisoners’ Affairs announced that currently 520 Palestinians including children are being held under administrative detention without trial or charge. The head of the committee told Maan that five children are among the detainees without trial.

He further described administrative detention as “illegal and unfair policy” which allows holding a person without trial for six months.

Elsewhere in Tulkarm, the Palestine Technical University was the scene of bloody clashes between Israeli forces and Palestinian students on Monday. Clashes erupted around the university when the Israeli forces fired tear gas and live rounds at the students’ demonstration, injuring at least five people.

Ten other Palestinians were wounded following excessive tear gas inhalation. The university students reportedly staged regular rally against Tel-Aviv policies and their raids onto the campus since last October.

At least 22 Palestinians including minors were arrested across the occupied West Bank by Israeli occupation forces on Monday. According to the Palestinian resources, three children from al-Khalil have been arrested during the Israeli massive campaign of detention. Israeli resources also alleged that ten Hamas members are among the detainees.

Further, Israeli forces demolished Palestinian homes in late Sunday and Monday in West Bank. The Israeli resources have alleged that homes belong to the Palestinians suspected of carrying out attack on Israeli forces or settlers. They delivered dozens of demolition notification and stop-work orders to Palestinian families in Qalqilya in West Bank on Monday.

Besieged Gaza was once again targeted by Israeli airstrikes on Monday. According to witnesses, Israeli warplanes have fired two missile attacks on the area which reportedly caused no injuries.