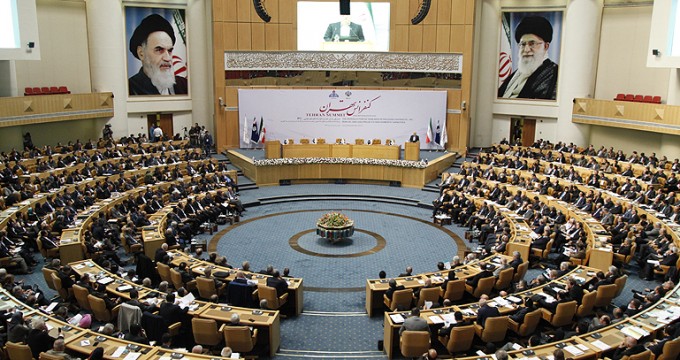 How to get Iran’s drifting economy back on track

TEHRAN, Iran — Some observers in Iran believe that the national economy needs a coordinator rather than a command center to put everything in order. In other words, a group that has good relations with major market players and open ears to domestic and foreign advisers. However, given the chronic maladies the Iranian economy has been suffering from — inflation, reliance on oil sales, bureaucracy and, more significantly, institutionalized corruption — it would be simplistic to assume that the widespread conflicts of interest between rival groups can be addressed in the absence of an influential and authoritative command center.

The complicated nature of the Iranian economy might indeed have been the very motivation behind Supreme Leader Ayatollah Ali Khamenei’s call in August for the formation of a resistance economy command headquarters for the post-sanctions era. In this vein, the key questions are: Who will lead this headquarters and how will it manage to succeed?

At present, the main economic policymakers include the Supreme Council of Economy; Management and Planning Organization; Ministry of Economic Affairs and Finance; Central Bank of Iran; Coordination Headquarters for Economic Affairs; and Coordination Headquarters for Resistance Economy. However, it is not yet clear which one of these bodies is actually leading the direction of the national economy.

This article was written by Alireza Ramezani for Al-Monitor on Dec. 7, 2015. Alireza Ramezani has a masters degree in Journalism Studies from Cardiff University, UK. He has worked for media organizations and business firms in Iran since 1999.