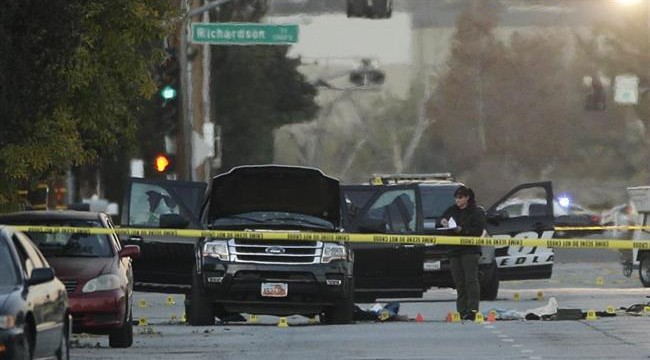 The family attorneys of one of the shooters involved in California massacre have criticized the media for stereotyping Muslims as terrorists, saying there is no link so far to terrorism.

The family attorneys said Friday that the incident is being used by media as a pretext to tarnish the image of Muslims.

“Until there is absolute clear evidence, every headline doesn’t have to say ‘Muslim massacre’ or ‘Muslim shooters,’” said David Chesley, a lawyer for the family of Syed Farook, who along with his wife, Tashfeen Malik, attacked a center for people with developmental disabilities in San Bernardino, California, killing at least 14 people and wounding 21 on Wednesday.

Chesley said that Farook might have had some work-related problems and that it is too soon to say the shooting was a terrorism-related incident.

The attorneys stressed that the attacks run contrary to the Islamic principles and are condemned by all Muslims.

“When someone goes crazy and commits an act that probably could be work related, it doesn’t make a statement about an entire religion,” he noted.

“There is no sign that the alleged shooters belonged to a larger organization or a terrorist cell,” Chesley added.

He also said his client’s name is being smeared at the time that some US presidential candidates are calling for all American Muslims to register with the government.

Meanwhile, the FBI said Friday it is investigating the mass shooting as an “act of terrorism.”

Malik, 27, a native of Pakistan, and Farook, 28, were shot dead in a shootout with police hours after the massacre.