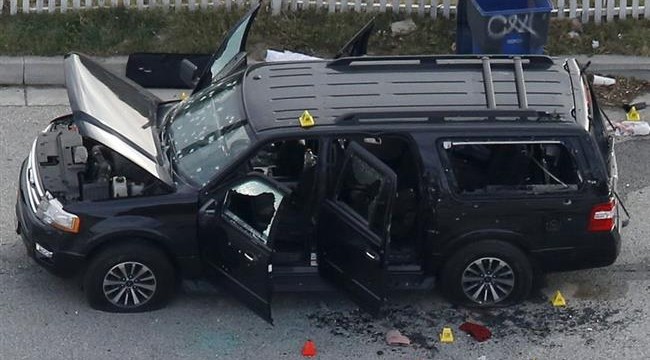 The female shooter involved in this week’s killing spree in California had pledged allegiance to Abu Bakr al-Baghdadi, the leader of the Daesh terrorist group, according to three US officials familiar with the investigation.

Tashfeen Malik, 27, and her husband Syed Rizwan Farook, 28, stormed a holiday party in San Bernardino, California on Wednesday, killing at least 14 people and injuring 21 in the deadliest mass shooting in the US in three years. Hours later, the couple died in a fire exchange with police.

As the San Bernardino attack was happening, investigators believe Malik posted on Facebook, pledging allegiance to al-Baghdadi, the officials told CNN on Friday.

According to the officials, the posting was by Malik made on an account with a different name. The officials, however, did not explain how they knew the female shooter was responsible for the post.

“At this point we believe they were more self-radicalized and inspired by the group than actually told to do the shooting,” one official told the New York Times.

The Daesh terrorists, who were initially trained by the CIA in Jordan in 2012 to destabilize the Syrian government, now control large parts of Iraq and Syria.

They have been carrying out horrific acts of violence such as public decapitations and crucifixions against all, communities, including Shias, Sunnis, Kurds, and Christians.

US police officials said on Thursday that Farook and his wife had enough bullets and bombs to kill hundreds when they launched their deadly attack.

He said authorities found three rigged-together pipe bombs with a remote-control detonating device that could not function properly, 12 other pipe bombs and more than 3,000 additional rounds of ammunition in the home.

“We don’t know if this was workplace rage or something larger or both,” Attorney General Loretta Lynch said in Washington, echoing President Barack Obama. “We don’t know the motivation.”

Obama said on Thursday there is a “possibility” that the mass shooting was an act of terrorism.

The mass shooting in California was the deadliest in the US since a gunman killed 20 children and six adults at the Sandy Hook Elementary School in Newtown, Connecticut, in December 2012.

There have been more than 350 mass shootings this year in the United States, in which four or more people were wounded or killed, according to the crowd-sourced website shootingtracker.com, which keeps a running tally of US gun violence.