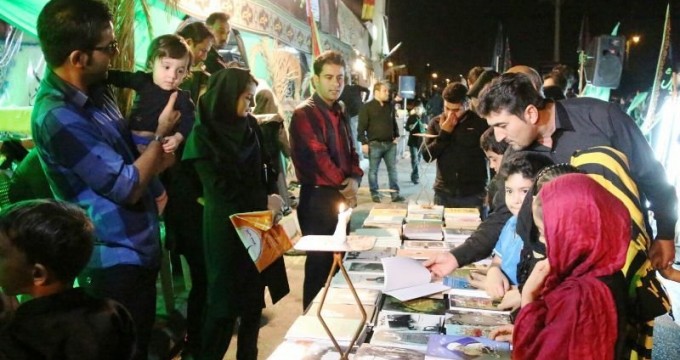 Iran donates free books to people on occasion of Arbaeen

Tehran, December 3, The Iran Project–  Coincided with Arbaeen mourning of Iranian Shia Muslims across the country, the Department of culture and Islamic Guidance of Shushtar, Khuzestan province, has proceeded to set up a station, distributing more than 2,000 free books among people.

Speaking to a reporter, Ali Bahrami, the managing director of the department of culture and Islamic Guidance of Shushtar noted the donation of the free books to people with cooperation of the city’s municipality and two other cultural institutes.

Referring the purposes behind this move including facilitating citizens’ easier access to books, and promoting the culture of reading among people, he said the offerings was warmly welcomed by the people.

“Books offering and its warm welcome by the people prove that the unprecedented role of books whose role cannot be replaced by any other instrument such as virtual networks,” Heidar Najafifar, Shushtar’s General Governor said on the sidelines of his visit to the station.

Donation of books in the Arbaeen ceremony in the city is in line with Iranian people’s costume to donate free meals, food and drink (Niazz) to all people during the mourning rituals of Muharram and Arbaeen.

Earlier during the last Muharam procession, an Iranian non-governmental organization had commemorated Muharram with book offering to people living in deprived neighborhoods in the city of Ahwaz.