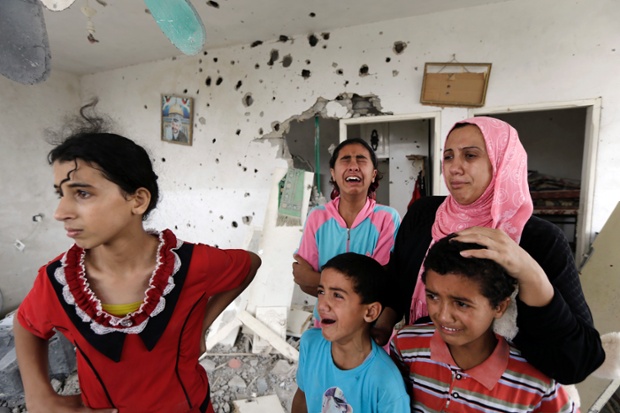 Campaign for Palestinian children’s right: “Give Them Space to Learn and Play”

In a statement issued by the Palestinian Prisoners’ Society, the Palestine Ministry of Education, as a sponsor of this move, has started a campaign entitled “Give Them Space to Learn and Play” across the occupied West Bank.

Within the framework of this plan, Palestinian schoolchildren will write letters to Ban Ki-moon, the UN Secretary General to take required measures against the Israeli regime’s violations against the children’s rights in Palestinian territories.

“Israel has violated all signed agreements, stopped negotiations and erased the principles of the two-state solution. Netanyahu’s political program of one state and two systems, Apartheid, is what we have left on the ground,” he further said, adding that because of Israeli regime’s measures there is no peace process.

Earlier, in response to the EU decision to label the goods produced in the illegal settlement, Israel has announced that it would suspend the diplomatic contacts with EU bodies involving in the peace process.

Amid the tensions in Palestinian occupied territories, Israeli forces have shot dead a Palestinian woman in Tulkarm on Tuesday. Israeli army has alleged that the woman has attempted to stab an Israeli soldier at a checkpoint near the illegal settlements in the east of the city. Death of the Palestinian woman is while no Israelis have been reportedly injured or dead.

Another two Palestinians also were shot dead by the Israeli fire on Tuesday in the occupied West Bank. The later killing brings the number of deaths in the Palestinian territories to more than 100 people. Israeli army has alleged that both of Palestinians have attempted to stab Israeli settlers.

Further, Israeli forces shot and critically injured an elderly Palestinian woman in Gaza on Wednesday. According to the reports by Palestinian resources, the old woman was shot in neck near a refugee camp in central Gaza.

As the tensions broke out inside of the East al-Quds, Israeli forces fired tear gas at a hospital on Tuesday night. According to the locals, the forces then raided the hospital to arrest a Palestinian whom they alleged have hurled a Molotov cocktail at the army’s vehicles. The hospital administration issued a statement and confirmed that the tear gas has been fire into the pediatric and intensive care department of the hospital.

Three other Palestinians were shot injured and another was arrested by Israeli forces on Tuesday evening in al-Khalil.

More than 1,000 Israeli police and border guards raided the Shufat camp in East al-Quds on Wednesday. According to the Palestinian Red Crescent, Israeli forces have shot injured 13 Palestinians during the camp’s raid.

Clashes inside the camp broke out when the occupation forces stormed resdients’ houses including the home of a Palestinian who was already shot dead by Israeli fire on the early of November. Israeli forces reportedly restricted the free movement of the residents inside the camp.

Along with the Israeli detention campaign, some 28 Palestinians were detained during the search and arrest raids in the West Bank early Wednesday.