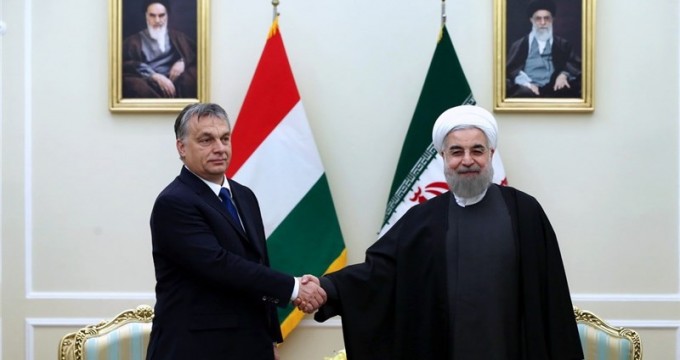 TEHRAN (Tasnim) – Iran and Hungary can join hands in the fight against terrorism, which is the most terrible embodiment of violence and extremism in the world, Iranian President Hassan Rouhani said.

In a meeting with visiting Hungarian prime minister in Tehran on Tuesday, President Rouhani slammed terrorism as a “dangerous microbe” that is contaminating the world.

“We should employ all our capabilities to counter terrorism,” the president stressed, calling for cooperation between Iran and Hungary to that end.

“If we all stand in a coordinated manner against the supporters of terrorism, we will succeed on the path of fighting against terrorists,” President Rouhani noted.

The big powers’ inapt interference in the internal affairs of the other countries is a main cause of terrorism, he further deplored.

Elsewhere, the Iranian president emphasized the need for stronger ties between Tehran and Budapest in the cultural, scientific, research, agricultural, industrial and technological fields.

Hungarian Prime Minister Viktor Orban, for his part, expressed the European country’s willingness to strengthen relations with Iran in all fields.

He also urged the need for interaction with “great and influential countries like Iran” to settle regional problems.

Heading a high-ranking delegation, Orban is in Iran for talks with senior officials. The Hungarian premier also met with Supreme Leader of the Islamic Revolution Ayatollah Seyed Ali Khamenei on Tuesday.