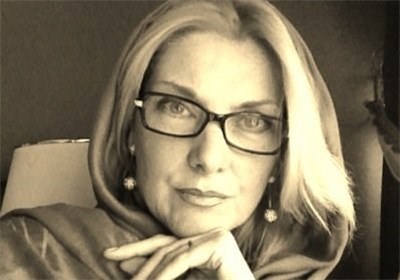 The letter of truth

Iranian Leader’s newly-published letter on Islam’s opposition to the scourge of terrorism enjoyed world wide coverage in the media and among intellectuals and analysts of the world. In an interview to Khorasan Newspaper, Tiziana Ciavardini​ answered the questions regarding the issue:

Why do you think these 2 letters published exactly after two terrorist attacks in France?
We are facing a very sad time, now more than ever we experience our fear and the Supreme Leader letter is essential to explain in simple words what is happening now. I would like to call this letter ‘the letter of truth’. Just the one who doesn’t want to know the truth could find this letter meaningless. I found this letter more straight than the previous, the significance is more clear. If only we pay attention to the words of the first letter of Supreme Leader probably now we can face our conflicts and sorrow much better. Maybe we could recognize better why these attacks happened and who is behind them.

The letter is to the young generation, because they are our future. In western countries, there is so much confusion about Islam, Islamophobia, and terrorists groups. Especially, in these days that we are facing fear and worries about possible terroristic attacks in Italy. In Rome we feel like in prison, we don’t feel free. Paris is very close to us and many people think that if this has happened in a city so close to us, the same may happen to us too. To spread FEAR is what terrorists want and in part they have reached the point.
I think young people are more interested now to know what is going on, more than their parents or the old generation. I was at the gathering ‘Not in My Name’ in Rome were hundreds of Muslims rallied in town to show solidarity with the victims of jihadist attacks, condemning violence in the name of religion and chanting “we are not the enemy.

Was amazing to see how many young people were there. Not just young Muslims but the youth from other religions even the people who do not profess to any religion. This is very important, since it means that young people want to understand better what’s going on. It was also very remarkable to watch how many young journalists were trying to focus on the problem, giving an accurate explanation about the facts.

How could it be more appealing and how it could clean the misconceptions of the youth to the real authentic Islam, especially after the first letter?
If in Italy our media continue to be exploited for electoral campaigns instead of being a tool to inform people, we will never have a clear explanation about what is ISLAM and what ISLAM is not. We really need to avoid a gap between the real concept and principles of Islam and the manipulation of the information.

Who wants to create this gap? We must ask also who is behind these media. It is stimulating what the Leader wrote about ‘the imposition of western culture upon other peoples and the trivialization of independent cultures as a form of silent violence and extreme harmfulness’. This is Ethnocentrism, the tendency to look at the world primarily from the perspective of one’s own culture and I really think is now the time to revise our arrogant western positions.

In the other word, how these letters could raise awareness among youth?

Unfortunately, just a low number of people will have the inducement to read the Supreme Leader letter and succeed to get the information about Islam from original source. In the first letter Supreme Leader asked: ‘Have you ever received the message of Islam from any sources other than the media?’ I really guess just few people get information from the original source.

We, as western people, are a generation of ‘sheep’; we just follow what the media say to us and most of the time we believe them without even check if the news are authentic or not. It is very funny nowadays to see how many people comment on Islam and Paris attacks in the media probably without seeing a copy of Holy Quran, they have never entered in a Mosque, and do not know the differences between Shia or Sunni.  This is pure ignorance who gives fertile soil to Islamophobia.  During the Paris attack two words were coming out: ‘Drugs and Alcohol’, and the people who know Islamic principles know that both of them are illegal and are absolute sins in Islam.

How could you evaluate the content of the letter? As you post in your Tweeter page, you love this part of the letter: “if today’s pain is not used to build a better and safer future, then it will just turn into bitter and fruitless memories”. Would you explain why? In your opinion how these two letters and the messages stated by the Leader capable of decreasing the Islamophobia created by terrorist groups in the West?

Islamophobia is becoming more and more as a ‘virus’, spreading everywhere. We must divulgate the words of supreme Leader Khamenei before it is too late. After Paris attacks every Muslim feels worry and it is difficult to let people know that the first victims of these attacks are Muslims themselves. It was interesting to see how many Paris flags were used as symbol of solidarity to Paris tragedy. I and many other didn’t put, since we know people are suffering and dying from terrorist attacks in many other countries.

No one used the flag in solidarity for those countries and we don’t want to discriminate between people of different countries. We are all human beings and all of us we deserve to live without fear in our peaceful countries.

Again in the second letter he compares Zionist regime with terrorist groups. Why he strongly insists on this issue and condemned this regime?
Most the time when they ask me to talk about Zionist or Israel, I never give answers. Probably because my country is not secure as Iran and sometime they can use some words to manipulate my meaning.

In the letter Supreme Leader mentioned the United States: “There are very few people who are not informed about the role of the United States of America in creating, nurturing and arming al-Qaeda, the Taliban and their inauspicious successors.” It is very hard for me to say, but unfortunately as Italian ‘we are slaves’ of these countries. We cannot take any action without the permission of these countries. Is this freedom? I guess no.
I am very sure that most the time while we talk about Israel many people are agreed with the Supreme Leader. Unfortunately his theory, it is read by Western eyes not as an attack to the political regime of Israel but to the entire nation and in particular to the Hebrew religion. The prejudice about Iran and the deep ignorance of the people doesn’t leave space and not many people know that many Jews are living peacefully in Iran along with other religious ethnic groups.