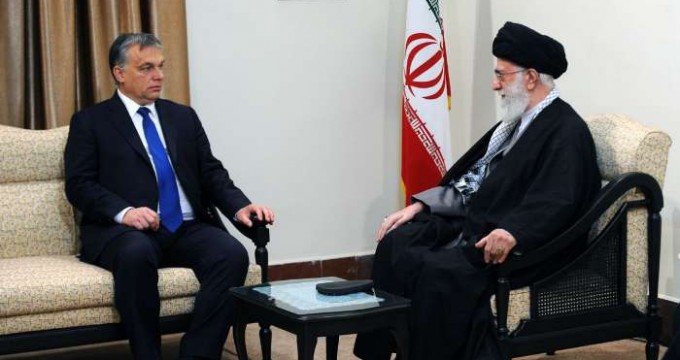 “Today, in the ruling propaganda atmosphere in the world, the realities are misrepresented and these polluted spaces are to the detriment of the humanity,” Ayatollah Khamenei said in a meeting with Hungarian Prime Minister Viktor Orban, held in Tehran on Tuesday.

The Leader explained that the lack of a right and mutual understanding is the root cause of many feelings of hostility and hatred.

Imam Khamenei then touched on Iran’s efforts to launch friendly dialogue between Islam and Christianity, and stressed that taking the opportunity for “increasing common points and illuminating the facts” will help gain a genuine understanding of the reality, including the Islamic tenets.

Advertisements against the Islamic Revolution over the past 4 decades was another example of the propaganda system’s hypocritical attitude towards Iran that the Leader highlighted.

“Dialogue and reciprocal visits among the thinkers and scholars serve the reality and shed light on it, accordingly, we agree with such interactions,” Ayatollah Khamenei added.

As regards the unfortunate situation and prevailing spiritual crises in the West, the Leader said some “compassionate Western thinkers” have already warned of those perils.

However, the Supreme Leader added, a “spiritual” movement is gradually being shaped in Europe and America with the youth at its center.

“It is also probable in the future that Europe would be able to keep a balance between the ‘material, scientific and technological’ progress and ‘spirituality’,” the Leader predicted.

He further hailed the good history of relations between Iran and Hungary, expressing the hope that Orban’s trip would pave the way for stronger cooperation between the two countries in all fields.

For his part, the visiting Hungarian premier said there exist good grounds for cooperation between Tehran and Budapest.

As regards the problems that have beset the West, Orban said the previous criteria for morality, politics and religion have been jeopardized after “development” became the basis for the West.

He noted that a host of crises have prompted the West to adopt approaches similar to those of the Eastern countries in order to restore the spiritual values.

Heading a high-ranking political and economic delegation, Orban is in Tehran to hold talks with the Iranian officials.