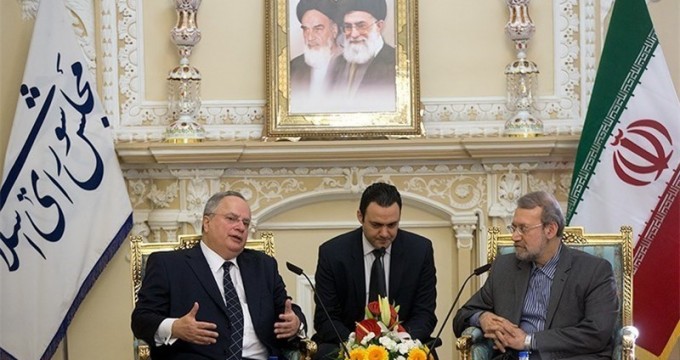 “The European Union has to make the problem clear for itself, defining what it really wants to do and what decision it wants to make to combat and rein in terrorism,” Larijani said in a meeting with Greek Foreign Minister Nikos Kotzias in Tehran on Monday.

Of course, the speaker added, many European countries have become wary of the threat of terrorism and begun to take action.

“But it is necessary for everyone to be mindful of that threat and not deteriorate the agitated situation in the (Middle East) region by providing financial and military support to terrorist groups,” Larijani stressed.

Certain countries are after “managing terrorists rather than destroying them,” he added.

The Greek minister, for his part, deplored certain sides that take advantage of poverty and cultural problems in other countries and support terrorist groups.

Kotzias also stressed the need for awareness on the part of the West and the EU about the sides that cause insecurity in the region by supporting terrorists for economic and political gains.

A string of terrorist attacks in Paris on November 13 has prompted the European Union to step up anti-terror measures.

The EU’s new measures will widen the range of actions punishable under the legislation to include travelling for the purpose of carrying out a terrorist act, facilitating travel or receiving training to carry out an attack.