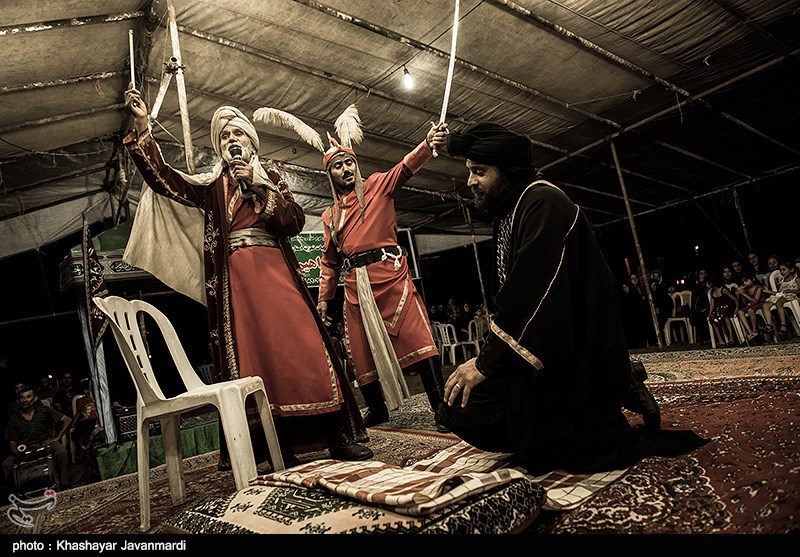 Iran to host largest gathering of Ta’zieh performers in Khansar

The Iranian city of Khansar in the central Isfahan Province is getting ready to host the largest gathering of Ta’zieh performers with the aim of commemorating Imam Hussein (AS), the third Shia Imam.

Prominent Persian Passion Play performers from across the country will gather in Khansar’s Abolfazl (AS) Hussainiyah to mark Arbaeen, the 40th day after martyrdom of Imam Hussein (AS).

Abolfazl (AS) Hussainiyah can accommodate some 60,000 people and will provide the opportunity for the audience to attend Ta’ziah performances twice a day, for 9 consecutive days from December 2, 2015.

The religious center is famous for its spacious halls that give the audience a clear view of the performers. It has been hosting the ceremony for nearly 300 years, linking the city of Khansar to one of the most popular religious traditions in Iran.

Ta’zieh rituals symbolize the eternal and unwavering stance of truth against falsehood and humanity’s struggle against tyranny. It was registered on UNESCO’s list of the Intangible Cultural Heritage of Humanity in 2011.

In Iran, Ta’zieh is mostly used to narrate the story of the martyrdom of Imam Hussein (AS) and his companions in Karbala.

Imam Hussein, the grandson of the Prophet Muhammad (PBUH), and 72 of his loyal companions, were martyred on Ashura in the battle of Karbala against the second Umayyad caliph, Yazid I, in 680 AD. Imam Hussein was killed after he refused to pledge allegiance to the tyrant ruler.