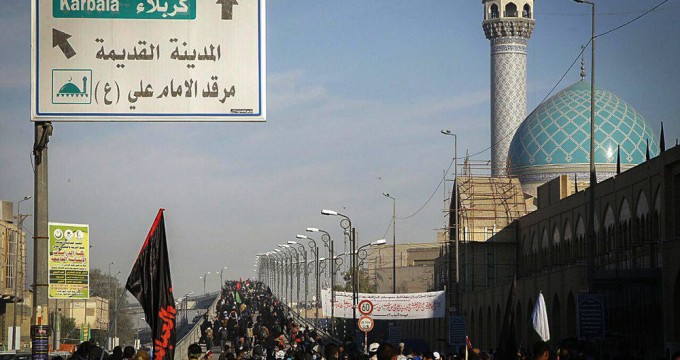 Tehran, November 28, The Iran Project– Iran and Iraq have boosted cooperation to ensure the security of pilgrims on the eve of Arbaeen, a huge Muslim gathering due to be held this week.

Amid the increasing threats by ISIS terrorist group across the world, both Iran and Iraq are bracing themselves to successfully hold the largest Muslims gathering later this week in Iraqi holy city of Karbala.

As millions of Shia Muslims from different countries including Iranians are heading to Iraq to commemorate the 40th day following the martyrdom of third Shia Imam, Imam Hussein (AS), Tehran and Baghdad have increased cooperation to provide the necessary security and services to pilgrims.

Number of talks about range of issues has been held between two countries officials in past weeks to discuss the ways to improve the safety and convenience of pilgrims during the mourning ceremony.

Meanwhile, arresting number of terrorists who planned to attack the Arbaeen pilgrims by Iraqi security forces once again draws the attention to the issue of security.

In order to tackle this challenge, Iran and Iraq have stepped up security cooperation to foil any possible terrorist attacks against pilgrims. Iranian senior officials have also announced that army forces are fully ready to ensure the security of pilgrims.

Commander of Army Ground Force Brigadier General Ahmad-Reza Pourdastan has recently told the reporters that there is no room for concern over security issues for Arbaeen pilgrims on December 2 this year. He further added that all suspicious movements will be monitored and detected by the army forces.

The ongoing tightened security measures is while last year Karbala faced no serious terrorist attack by ISIS during the mourning ceremony.

In order to improve the quality of the ceremony, Iran has urged all its pilgrims to get Iraq visas. It also managed to establish 15 centers in the cities across the country to issue visas for pilgrims.