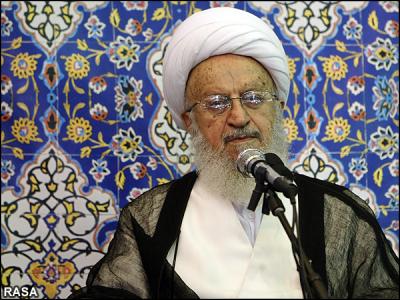 The major cleric, in an open letter sent to the Islamic World religious scholars on Friday, called for pursuing the case of Mina stampede beyond the political motives.

Islamic religious scholars should act according to their responsibility towards incidents like Mina stampede, Ayatollah Makarem Shirazi added.

The religious leader invited Islamic religious scholars to hold a forum on Mina stampede in Qom and discuss various aspects of the catastrophic event.

The Hajj tragedy occurred on September 24 after two large masses of pilgrims converged at a crossroads in Mina, near the holy city of Mecca during the symbolic ceremony of the Stoning of Satan in Jamarat.

Saudi Arabia claims nearly 770 people were killed in the fatal incident, but according to officials at Iran’s Hajj and Pilgrimage Organization about 4,700 people, including 464 Iranian pilgrims, lost their lives in the trageic event.

However, foreign officials put the death toll at 1,674.