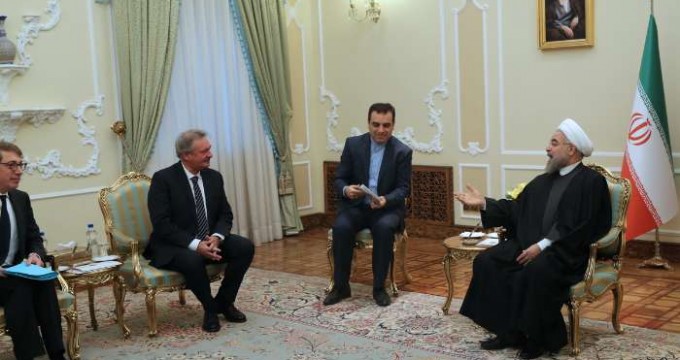 Rouhani: Terrorism not confined to region only

Tehran, Nov 25, IRNA – President Hassan Rouhani said it is now proved that terrorism will not benefit any country and that it is not confined to a certain region, in fact it is spreading like a dangerous disease.

In a meeting with Luxemburg Foreign Minister Jean Asselborn here on Wednesday, he said in addition to economic issues in the region, cultural and social conditions should also be taken into consideration as well.

He stressed the need for encountering terrorism and said the phenomenon has its own cultural, political and social aspects in addition to security related issues.

He regretted the lack of zeal on the part of countries to indulge in serious anti-terrorism combat and said Iran, itself a victim of terrorist actions, has done a lot to struggle with the universal problem of terrorism.

The President said the region would have been witnessing terrorist governments instead of terrorist groups were it not for Iran’s efforts.

President Rouhani further pointed to extensive grounds existing for development and cooperation between Iran and Luxemburg. He said the European Union (EU) too is now in the process of promoting relations with Iran.

The Luxemburg foreign minister expressed satisfaction over his meeting with President Rouhani and stressed the need for cooperation between the two countries.

He added that EU was happy with the outcome of nuclear talks between Iran and the P5+1.

The foreign minister said Daesh is a real threat to the international community, so everyone have to join efforts to fight it.