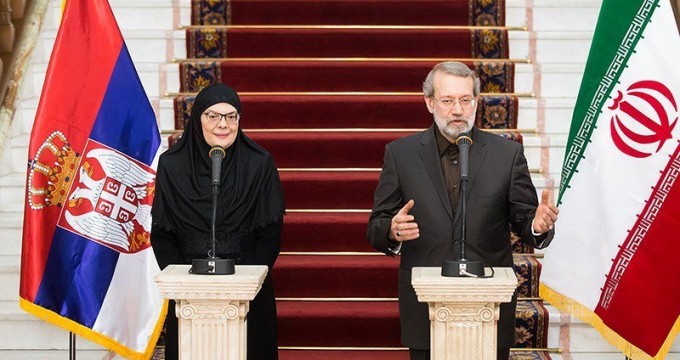 Larijani made the remarks after his meeting with President of the National Assembly of Serbia, Maja Gojkovic in Tehran on Monday.

Relations between Iran and Serbia are deeply rooted dating back to former Yugoslavia, he said.

Iran and Serbia have very sound political and economic cooperation and talks between the two sides’ parliaments are very constructive, he said.

President of the National Assembly of Serbia, Maja Gojkovic arrived in Tehran on an official visit on Monday morning.

Gojkovic’s visit to Tehran came at the invitation of Speaker of Iran’s Parliament, Ali Larijani.