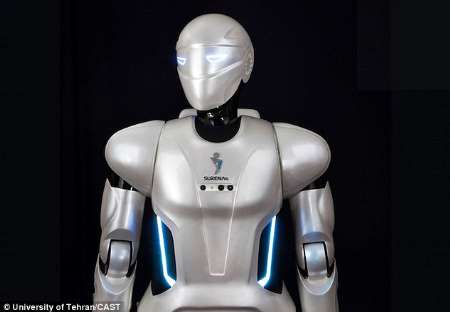 Tehran, Nov 23, IRNA – Step aside Asimo. A robot being developed in Iran has just got a lot smarter, Daily Mail reported.

Surena, the third version of a humanoid robot that researchers have been developing for eight years, was unveiled earlier this week, British newspaper Daily Mail reported on its Science and Tech page.

It can interact with people using its voice recognition and speech modules – although it’s currently only able to speak Farsi.

Although Surena was unveiled a week ago, the foreign media are still talking about this scientific achievement by the Iranian researchers.

Human-like robot ‘Sorena 3’ has been produced by Tehran University, work on which started three years ago.