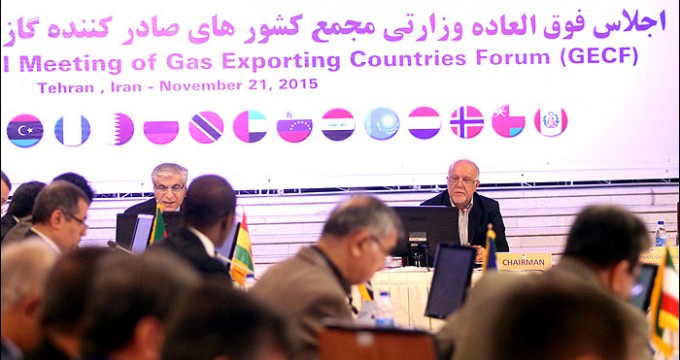 TEHRAN, Nov. 21 (Shana) – The Summit Meeting of the Gas Exporting Countries Forum (GECF) is being held while the energy markets are facing “crucial time”, the forum’s Secretary General Mohmmad-Hossein Adeli said on Saturday.

“The timing of our Summit comes after the conclusion of the G-20 in Antalya and right before the Cops 21 in Paris all emphasizing on sustainable development, a path that could not be followed and secured without Gas as the fuel of choice,” he told participants of the GECF Extraordinary Ministerial Meeting prior to convention of the summit meeting scheduled for Monday.

“This is the gathering of world leaders of gas exporting countries and I am confident that deliberations and the outcome of the meeting would be of paramount importance for the gas markets,” Adeli added.

Iranian Petroleum Minister Bijan Zangeneh who opened the meeting said its work includes drafting the agenda and Final Declaration of the forum’s third summit by stressing cooperation among member states.

Later in the day, the 17th Ordinary Ministerial Meeting convenes with the Nigerian Minister of Petroleum Resources Emmanuel Ibe Kachikwu as the chairman to discuss the internal issues on the agenda such as budget and election of secretary general.

The ministerial meetings follow the Fourth Meeting of High Level Ad Hoc Group (HLAHG4) and the Executive Board (EB) Meeting at the senior expert-level which were held on Friday and finalized the internal and procedural issues on the agenda.

On Monday (Nov. 23), the 3rd GECF Gas Summit will be held to discuss market outlook and strategy while dignitaries take the opportunity to hold bilateral meetings on the sidelines of the working sessions.