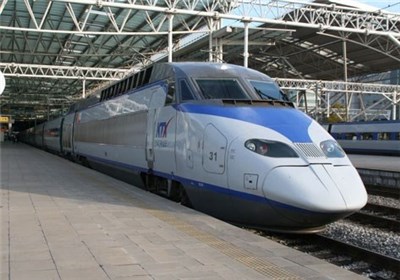 The proposed Silk Road route will connect China to West Asia, stretching from Urumqi and Yining to Almaty in Kazakhstan, Bishkek in Kyrgyzstan, Tashkent and Samarkand in Uzbekistan, Ashgabat in Turkmenistan to the Iranian capital.

It was put forward by China Railway Corp authorities at a forum on the One Belt, One Road initiative — the Asian giant’s bold scheme to rebuild Silk Road trade links with Europe and Asia.

Iran is participating in the ambitious plan to resurrect the Silk Road, connecting Asia to Europe and Africa through a network of roads, railways, ports and airports.

Stretching from Hungary to Indonesia, Beijing estimates the initiative will annually create more than $2.5 trillion of trade among the countries in a decade.

The new link would be complementary to the existing railway network in central Asian nations, which mostly runs to Moscow.

Iran is currently linked to Central Asia through a rail corridor which connects it to Kazakhstan and Russia through Turkmenistan, and another to Europe via Turkey.

The One Belt, One Road initiative comes from the shortening of the Silk Road Economic Belt and the 21st Century Maritime Silk Road.

The two routes combined encompass a territory housing 4.4 billion people or 63% of the world’s population. The aggregate wealth of the countries involved adds up to $2.1 trillion or 29% of the world’s gross domestic product.

The initiative would involve financing infrastructure projects in 65 nations across Central and Southeast Asia, the Persian Gulf, the Middle East and Europe.

The ancient Silk Road, established more than 2,100 years ago, connected the Han dynasty’s capital of Xian to Persia.

Through it, Iran’s grapes, beans, pomegranates, spinach, onions and other special products were introduced into China while tea, ginger, mulberries, peaches, apricots and oranges were brought to Iran over a period of more than 1,000 years.

Apart from its economic significance, the grand project is believed to lead to significant geopolitical changes.

According to many observers, it could spell the collapse of US economic dominance through the dollar and lead to the prevalence of trade in local currencies. It could also put an end to European monopoly on international shipping.