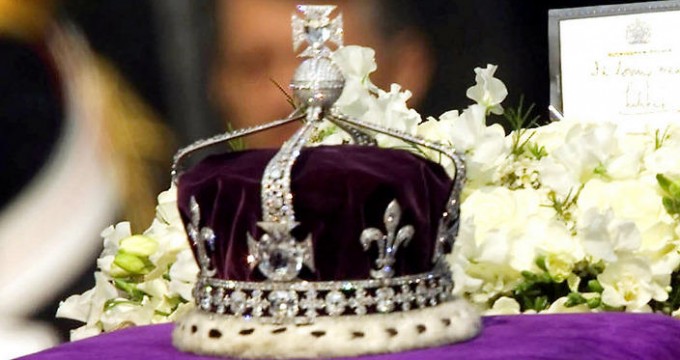 The Koh-i-Noor diamond has been contested since the British colonial rule of India in 1849.

Today the diamond is part of Britain’s crown jewels and is worth an estimated 100 million pounds.

But it belongs to India, originally serving as the eye of a Hindu goddess in a temple of the Kakitaya dynasty. And now there is a group of activists that want it back.

The group has called itself “Mountain of Light,” after the translation of the diamond’s name. They have begun legal proceedings in the High Court of London in order to restore the Koh-i-Noor diamond back to its original owners.

Bollywood stars comprise some membership of the group, with Bhumicka Singh saying, “The Koh-i-noor is not just a 105-carat stone, but part of our history and culture and should undoubtedly be returned.”

Duleep Singh, the last Maharaja of the Sikhs gave the diamond to the Queen of England at the time, after the British annexed Punjab and in 1893, deposed Singh to exile in Britain.

The law governing return of cultural objects and that British lawyer say they will employ in the case of Koh-i-Noor is the Holocaust Return of Cultural Objects Act. This is a precedent which gives UK institutions the power to return stolen and pillaged art.

During the aggressions of Nazi Germany, Hitler stole over 750,000 pieces of art, destroying many works by modernists and Jews and intending to keep the classics for himself. He envisioned a vast museum under the Third Reich that would showcase classic artwork by only Aryan artists.

Yet after Nazi Germany fell, it was not a priority for the Allies to retrieve art, instead putting the focus on liberating concentration camps and restoring some semblance of life to occupied Europe.

Museums and governments around the world wound up with pieces of art that did not belong to them, influencing a series of laws meant to equitably resolve the results of years of looting by Nazi Germany.

Rubric Lois King a Birmingham, UK law firm, stated they would allege the government of Britain had stolen the diamond, a violation of the common law doctrine of “trespass to goods.”

Satish Jakhu of the law firm said they would take the case all the way to the International Court of Justice if necessary.

In many colonial states, the UK being a primary one for centuries, the colonizer seeks to appropriate the art and customs of the colony. It is a principle of fascism and to a lesser degree colonialism to destroy the heritage of a subjected people, therefore destroying their connection to the land.

Speaking to the Daily Mail on Sunday, historian Andrew Roberts said “Those involved in this ludicrous case should recognize that the British Crown Jewels is precisely the right place for the Koh-i-Noor diamond to reside, in grateful recognition for over three centuries of British involvement in India, which led to the modernization, development, protection, agrarian advance, linguistic unification and ultimately the democratization of the sub-continent.”

Of course this view excludes the atrocities committed by the British Raj, or rule, including severe famines, lack of equality, imprisonment, work camps and death by firing squad. Not to mention, stealing India’s most precious diamond for the British crown jewels.