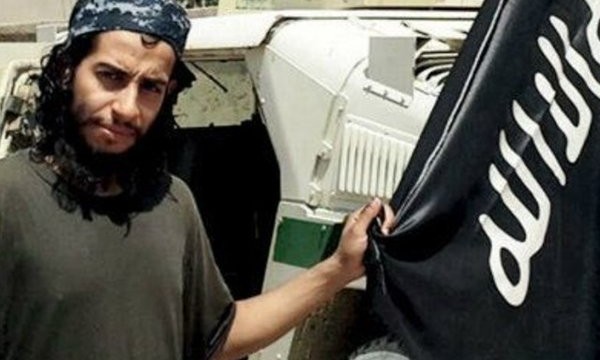 Gunfire and explosions shook the Paris suburb of St Denis early on Wednesday as French police surrounded a building where a Belgian Islamist militant suspected of masterminding last week’s attacks in the French capital was believed to be holed up.

Two assailants were killed, including a woman who detonated a suicide bomb, a source close to the case said, adding that the police operation was continuing to flush out two other suspects.

The target of the raid, which filled the streets of St Denis with heavily armed police and soldiers, was ISIS Abdelhamid Abaaoud, who was initially thought to have orchestrated the Paris attacks from Syria, police and justice sources said.

A judicial source said police had originally been hunting other suspects in St Denis, but now believed he was one of those barricaded in the building.

“The operation is still under way. It’s not over,” local member of parliament Mathieu Hanotin said on France Inter radio. “Everyone must stay indoors. There are still gunmen holed up in the apartment.”

Three police officers and a passerby were injured in the assault.

A police source said three suspects had been arrested so far with security forces still trying to “neutralize” two more at the scene close to the Stade de France stadium which was one of the targets of last Friday’s attacks.

The coordinated series of bombings and shootings killed 129 people, the worst atrocity in France since World War Two. Investigators soon linked the attacks to a militant cell in Belgium which was in contact with ISIS in Syria.

The group claimed responsibility for killings, saying they were in retaliation for French air raids in Syria and Iraq over the past year. France has called for a global coalition to defeat the radicals and has launched three large airstrikes on Raqqa — the de-facto ISIS capital in northern Syria.

French prosecutors have identified five of the seven dead assailants from Friday – four Frenchmen and a man who was fingerprinted in Greece among refugees last month.

But they now believe two men directly involved in the assault subsequently escaped.

Wednesday’s operation came after a source with knowledge of the investigation said a cell phone had been found with a map of the music venue targeted in one of the attacks and a text message saying “let’s go”.

The source said the phone was found in a dustbin near the Bataclan concert hall where 89 people died.

Authorities in the United States and Canada, where the planes landed, later said both aircraft had been searched and were safe.

On Tuesday night, bomb fears had prompted German police to call off a soccer match between Germany and the Netherlands in Hanover two hours before kick-off. German Chancellor Angela Merkel had been due to attend.

No arrests were made and no explosives were found.

Russia has also intensified its attacks on ISIS targets in Syria after confirming that a bomb had downed a passenger airliner over Sinai last month, killing 224. The militants had previously claimed responsibility.

Paris and Moscow are not coordinating their operations, but French President Francois Hollande is due to meet Russian President Vladimir Putin in Moscow on Nov. 26 to discuss how their countries’ militaries might work together.

Hollande is due to meet U.S. President Barack Obama in Washington on Nov. 24 also to push for a concerted drive against ISIS, which controls large parts of Syria and Iraq.

Obama said in Manila on Wednesday he wanted Moscow to shift its focus from propping up Syria’s government to fighting ISIS and would discuss that with Putin.

Russia is allied to Syrian President Bashar al-Assad. The West says he must go if there is to be a political solution to Syria’s prolonged civil war.