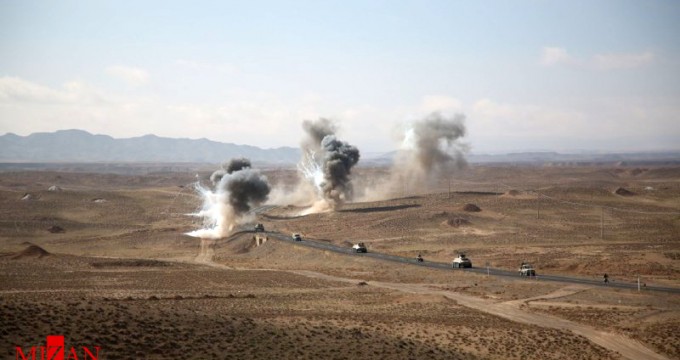 TEHRAN (Tasnim) – One of the objectives of the Iranian Army’s ongoing military drills in the eastern province of Khorasan Razavi is to enhance the forces’ preparedness against possible attacks on the borders by terrorist groups like Daesh (ISIL), a senior Army commander said.

Speaking to the Tasnim News Agency on Tuesday, Brigadier General Amir Reza Azarian pointed to the military exercises in Khorasan Razavi and said “the operational phase” of the war game started on Monday.

One of the aims of these drills is to practice how to best deal with possible acts of terrorist groups such as Daesh along the country’s borders, he noted.

The commander went on to say that the war game code-named “Muhammad Rasulullah” (Muhammad, the messenger of God) conveys a message of peace and friendship to Iran’s friends and stability in the Middle East region.

Daesh is a militant group operating in Iraq and Syria which is believed to be supported by the West and some regional Arab countries.

The ISIL militants made advances in northern and western Iraq over summer 2014, after capturing swaths of northern Syria.