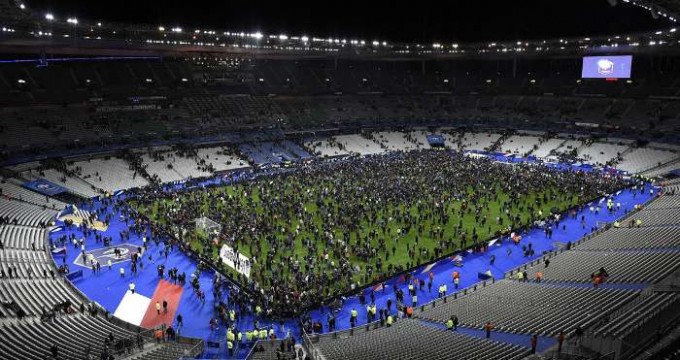 Silence in Beirut, roar in Paris

Tehran, November 15, The Iran Project- The Iran and world’s media outlets have extensively reacted to the string of attacks and explosions in Paris on bloody Friday that left hundreds of injuries and deaths. Earlier on Thursday, Beirut has been the deadly scene of terrorist explosions which claimed the lives of innocent people, as well. The later incident, however, drew much less attention, the duality that seems routine in Western media approach in covering the news.

Reporting the details of Paris terror attacks, the majority of media have called it the worst terrorist attack in France since World War II. The Iranian and Russian media particularly criticized the Western governments whose priority doesn’t primarily focuses on ISIS eradication.

Besides equally reflecting the news of terrorist move in Beirut, Iranian newspapers also reported the developments in Paris soon after the attacks on Friday.

Ettelaat Newspaper referred the Paris’s Friday as the bloodiest night of the city since the World War II. Abrar highlighted the suspension of visa-free travel by French government, while Afarinesh underlined President Hollande remarks that the Paris incident is unprecedented in French history, Aftab Yazd also noted the Bataclan theater as the bloodiest scene in the heart of Paris on Friday.

Amin, another Iranian newspaper also covered the Paris attacks news, explaining it as a “nightmare of death”. Tehran Times quoted the Dutch Prime Minister as saying that “We are at war with ISIL not with Islam”.

In their reporting, Bahar, Asre-Eghtesad, Asr-e Iran, Asrar and Arman, reflected the details of the Paris attacks which claimed the lives of more than 120 people in France, expressing deep sorrow.

Meanwhile, Press TV channel quoted Edward Corrigan, a political commentator, as saying that “Paris attacks could possibly be a “false flag” operation so that the US and its allies can intensify the bombing campaign against Syria”.

Also, American Herald Tribune considers the Paris attacks the cost that West is paying for its supporting of terrorism in Syria, underlining that these are Muslims who have suffered most under the banner of terror. In concluding part of the editorial, it is suggested that Western powers join a groups in Syria, Iraq, Bahrain and Yemen that has already resisted against Wahhabism ideology.

Sputnik quoted the Russian Deputy Minister Sergei Ryabkov remarks, as hoping that the tragic attacks in Paris causes a shift in US and NATO priorities in Syria crisis. In a separate report, the Russian media denounced the extensive media coverage of Paris attacks by American mainstream media, while bombing in Iraq and Lebanon have been left unnoticed.

Washington Post analyzed that Paris attacks has changed the world in important ways, as it targets the public places in order to fundamentally impress the entire society. It then noted the issue of migrants in Europe that costs the European countries a lot of money, introducing the attacks as an outcome of large-scale immigration which has made Europe less safe. In another editorial entitled “the Paris attacks and the remarkable smallness of our politics”, the terror attacks have been represented as the latest evidence of global struggle between West and extremism. It then highlighted the importance of US coming election and the person who is going to lead the country amid the dangerous world.

In its reporting of the news, New York Times has noted the series of terrorist operations by ISIS against Russia, Lebanon and France. It then continues that the synchronized attacks in last few weeks represent the fact that a regional war in Middle East is turning to a global war. Elsewhere in the editorial, the media predicted that the rapid succession of strikes may lead to a more aggressive strategy by US against ISIS.

Financial Times also wrote about the consequences of Paris attacks, arguing that the incident came at a highly sensitive moment in the history of both Europe and France. It suggests that the ISIS terrorist move may lead to the victory of Marine Le Pen in the coming election which brings about the restoration of frontier controls and tougher policy against migrants.

Fortune, a business news agency, also noted the business and economic effects of Paris terrorist attacks which primarily hit the tourism and consumer spending in France and Europe. The media argues that increasing surveillance, major shift in accepting large volumes of migrants and putting an end to the border-free Europe are the potential outcomes of the Friday’s development in France.

In short, while both the mainstream Iranian and world media urged the necessity to stand united against terrorism to different extent, they reflect, however, rather different analysis about aspects of the Paris shooting incident.

Furthermore, comparing the extent to which the Western media covered both news in Paris and Beirut highlights a debate that are worth discussing and noting here. First, just one day before Paris tragic incidents, Beirut was a bloody scene where ISIS suicide bombers detonated themselves in the southern part of Beirut last Thursday, killing 43 people and wounding 239. Unlike Paris, bombings in Lebanon, however, drew no tweet or twitter hashtag in sign of solidarity or no social media status or official statement from Barack Obama or any other Western official. In simple terms, Lebanon has also failed to attract the type of media attention of the Paris attacks.

Discriminatory coverage of both events in Paris and Beirut by media that are competing with each other to release live video from Paris raises the question that is the grief and outrage in Western media selective? Has the explosion in Beirut been left uncovered since it didn’t happened in Paris or any other Western capital?

Secondly, while Paris or the West experiences such tragedies once a year, countries in the Middle East, particularly Palestine, Lebanon, Syria and Yemen have been facing daily attacks and unfair deaths which thanks to the Western and some regional countries such as Saudi Arabia’s interventions have been exacerbated in past years.