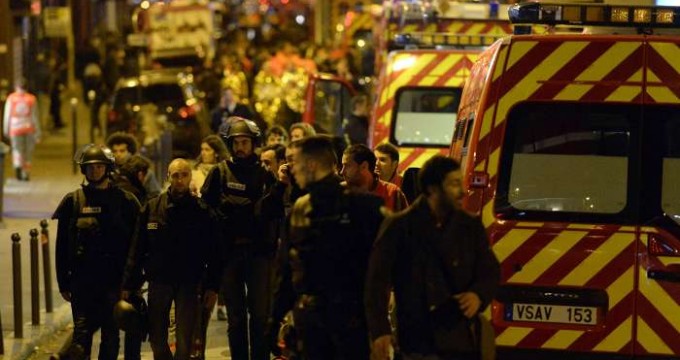 France got glimpse of ISIS brutality as its Syria policies backfired

Alwaght- What goes around comes around and that’s exactly what is happening in France. When the French government decided to arm and fund militant groups to fight against the Syrian army, it paid little regard to the effect this move would have on its soil.

Paris joined the aligned forces against Damascus thinking terrorism was only supposed to strike Syria. Now the tragic events that have hit the French capital have come to prove that French authorities didn’t think it through.

France, among other western countries, has been funding so-called “moderate rebels” who have been battling the government in Damascus under the banner of freedom only to wreak havoc on the country.

These groups are claimed to be moderate but have, on many occasions, merged with terrorist organizations such as ISIS and al-Nusra Front.

Even without joining the overtly extremist groups, these alleged rebels have engaged in heinous crimes and contributed to the mass killing of Syrians, the destructions of homes, and the destabilization of the entire country.

Syrian President Bashar Assad has criticized France’s approach to the Syrian crisis suggesting the French are paying the uncalculated price of aiding militant groups in his country.

“Wrong [policies] adopted by Western states, particularly France, toward events in the region, and its ignorance of the support of a number of its allies to terrorists are reasons behind the expansion of terrorism,” said the Syrian president.

ISIS has claimed responsibility for the deadly attack in Paris which killed 128 people and was carried out by seven militants.

Fear of hundreds of French nationals who have left for Syria to join the ranks of ISIS is in its place as their return to France has posed a threat to the country’s national security.

Earlier this year, gunmen shot 17 people with one of the attackers claiming allegiance to ISIS. The EU has estimated that 6,000 Europeans have joined ISIS and carry passports that permit them to return any time they need to.

While the gruesome attack is undoubtedly a sign that France’s involvement in Syria is backfiring against its policies, its repercussions will be far-reaching especially on the Syrian refugees in France and generally in Europe.

Refugees are already under the spotlight with many Europeans protesting over their influx into their countries. This carnage, which was perpetrated by a force linked to the Syrian crisis and one of the attackers of which was holding a Syrian passport and passed through Greece in October, will be used as a pretext to exert pressure on refugees.

Already suffering from increasingly bitter hosts, observers believe refugees will bear the brunt of this onslaught because they are most often than not perceived as unwelcomed guests. After the attack, opponents of receiving refugees will collectively blame migrants for a massacre committed by a numbered few noting that UN figures show that only 20,000 Syrians have entered France since the beginning of the conflict in Syria. Counterterrorism experts claim that the influx of refugees washed with it possible ISIS members and sympathizers to Europe’s shore.

French President Francois Hollande has already taken the measure of imposing a curfew in Paris and ordered national French borders to be shut.

“We must ensure that no one comes in to commit any act whatsoever, and at the same time make sure that those who have committed these crimes should be arrested if they try to leave the country,” he said on Friday in response to the shooting and explosions.

Yet ISIS does not represent Islam, an issue that will clearly be swept under the rug with the terrorist group carrying out attacks in the holy religion’s name. Acknowledging the fact that ISIS’s actions are based on terrorist ideologies and not Islamic principles and portraying the event as a terrorist attack instead of a religiously-motivated one can help prevent fuelling Islamophobia in the world.  The same group killed Muslims in Lebanon’s Beirut suburbs.

Conclusively, France is only catching a glimpse of what ISIS and its likes are doing in Syria. Massive killing, sheer destruction, and an end to the sense of security has become a daily routine for Syria where militant groups are seeking to topple the government. Bearing in mind that France, among other western states, is responsible for the funding and arming of terrorist groups as a solution to ousting Assad, it seems that French authorities are having a taste of their own bitter medicine.