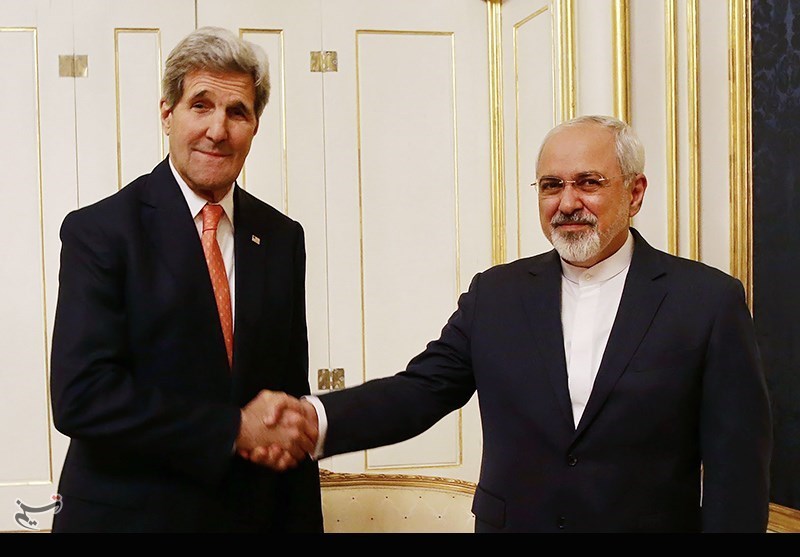 FM calls for implementation of JCPOA, removal of sanctions

Zarif made the remarks while speaking to reporters in Vienna after three hours of talks with the US Secretary of State John Kerry on Saturday evening.

The talks were held on the sidelines of the Syria peace talks.

The Iranian foreign minister left the Austrian capital later in the day.

Zarif hoped that the remaining issues regarding the execution of JCPOA would be setteled in the second half of December.

The document for reconstruction of the Arak nuclear facility reactor will be finalized soon after being signed by all P5+1 ministers this week, Zarif added.

Meanwhile, Kerry for, his part, said that the US government would encourage companies to enter Iran’s market.

Zarif-Kerry meeting focused on the implementation JCPOA after the ministerial meeting on Syria concluded.

Prior to the meeting of the Iranian and US foreign ministers, representatives of Iran and the European Union had reviewed the current measures taken for execution of the July 14 nuclear agreement