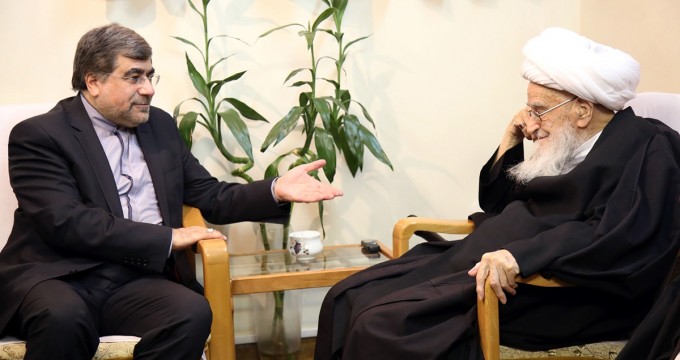 TEHRAN — Minister of Culture and Islamic Guidance Ali Jannati arrived in Qom on Thursday to discuss cultural issues at meetings with top clerics in the city, which is home to Iran’s major Islamic seminary.

Most of the recommendations were passed on during Jannati’s meeting with Ayatollah Vahid Khorasani, who said that the ministry’s main duty is to maintain the Iranian people’s Islamic beliefs and added, “You must guard against three dangers: promotion of Wahhabism, Baha’ism and Christianity among Muslims.”

He also asked Jannati to do his best to see that the Culture Ministry is careful about books.

“If a writer instills misgivings in a book, it can easily spoil the book as a whole,” he added.

A rumor about a solo performance by a female singer at “The Ashura Opera”, which was performed by the Tehran Symphony Orchestra on October 16 and 18 at Tehran’s Vahdat Hall, was also discussed at the meeting.

Jannati assured Ayatollah Vahid Khorasani that the Culture Ministry would never authorize solo performances by female singers and his colleagues will avoid publishing books seeking to cause divisions among people and promoting immorality.

Speaking at a press conference after his arrival in Qom, Jannati said that certain groups are seeking to provoke disputes between top clerics and the government and added, “Unfortunately, these groups distorted news items and some facts, and then passed them on to the offices of top clerics, Friday prayer leaders and MPs.”

He said that the groups are from the camp of the losing candidates in the 2013 presidential election.