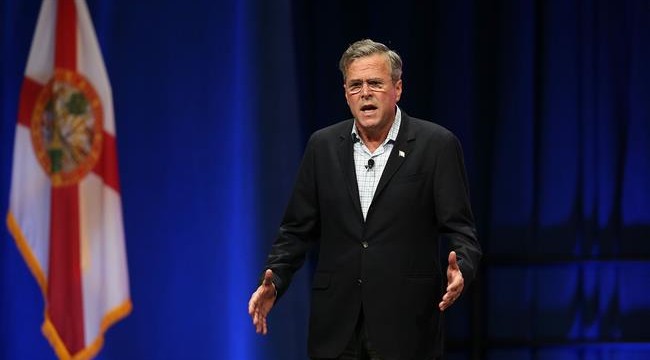 Bush on Paris attacks: ‘This is the war of our time’

Former Florida Gov. Jeb Bush said the attacks rocking Paris late Friday represented the “war” the U.S. and other countries must engage in against Islamic militants.

“This is an organized effort to destroy western civilization, and we need to lead in this regard,” the Republican presidential candidate said on Hugh Hewitt’s radio program.

Bush argued that the U.S. should fortify its alliances with European allies on intelligence and counterintelligence capabilities to defeat the “ISIS”

He also called for the U.S. to further engage in the Middle East to defeat the Islamic State in Iraq and Syria (ISIS), which he suggested could be a ”wellspring” for such an attack.

“This is the war of our time,” Bush said. “And we have to be serious in engaging and creating a strategy to confront it and take it out.”

Preliminary reports indicated that at least 100 people had died during several apparently coordinated shootings and explosions around Paris late Friday.

President Obama said it was too early to speculate who was behind the attacks, but described the events as terrorism during remarks at the White House on Friday evening.