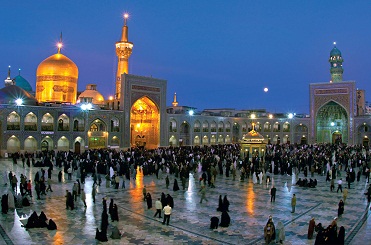 Mashhad to be introduced as Islamic world cultural capital

Tehran, Nov 11, IRNA – As per a ratification of the Islamic Educational, Scientific and Cultural Organization (ISESCO) in Baku Summit in 2010, Mashad will be introduced as the second cultural capital of Islamic world in 2017.

Deputy minister of culture and Islamic guidance for development and resources affairs Ali Asghar Karandish told the 21st Press and News Agencies Exhibition on Wednesday that Isfahan was presented as the Islamic world cultural capital in 2006.

‘We seize the opportunity to introduce Mashad’s cultural capacities and capabilities in the best manner to the Muslim world,’ he said.
Karandish further noted that the ceremony for naming the second Islamic world cultural capital will be held in presence of Minister of Culture and the Islamic Guidance Ali Jannati.

Mashad, northeastern city of the country, was Iran’s capital during Afsharian Dynasty. It is the second big and populated city in Iran following Tehran.

ISESCO was established by the Organization of the Islamic Cooperation (OIC) in May 1979.

With 52 member states, ISESCO is one of the largest international Islamic organizations and specializes in the fields of education, science, and culture. Its headquarters are in Rabat, Morocco.