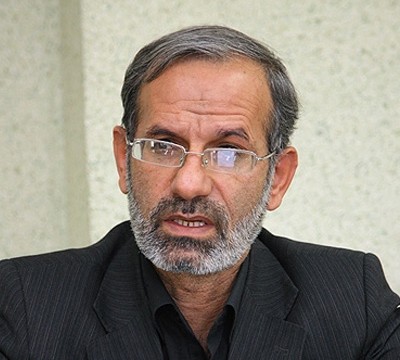 Alwaght- After confusing actors of Syrian crisis with its military intervention, Russia bewildered observers and the regional affairs experts as its aid plane landed in the Yemeni capital Sana’a airport, stirring many to talk about Moscow’s desire to play a bigger role in regional crises, specifically in West Asian.

Considering the significance of the case, Alwaght news website has conducted an interview with the senior West Asia affairs analyst, Sadollah Zarei, asking about the Yemeni crisis and the Russian role in the situation.

Alwaght: In past few days news circulated saying a Russian plane landed in Sana’a airport. The question that comes down is why is Russia interested in playing a bigger and more noticeable role in Yemen’s developments while it is involved in carrying out airstrikes on the terror groups’ positions in Syria? And on the other hand there are some speculations about possible Moscow deal with Saudi Arabia, how credible are all these speculations?

Zarei: The Russians’ move was unanticipated. Previously, Yemen had no place in Moscow foreign policy, and it was not inside the area of Russian interests. The surprise is more about Russia entrance in Yemen despite the efforts made by Saudi Arabia in past few months to improve ties with Moscow through signing arms deals and purchasing Russian military equipment. Meanwhile, we saw that the Russian aid plane has landed in Yemen’s capital airport to deliver its load to Yemeni people despite the Saudi warnings.

At first sight it is likely that Russia attempts to press its rivals on the threshold of the Vienna II conference on Syria, as it tries to show that it could take role not only in Syria but also in other areas like Yemen.

Even more, the Russians seek to assert that the newly established quartet coalition, which includes Russia, Iran, Syria and Iraq, is not confined to Syrian crisis, and it could outstretch to include other areas for cooperation. At the same time, it suggests that more active presence of the Russians in Yemen could be interpreted as part of the Russian-led anti-terror quartet coalition’s plan.

The Russian plane’s landing in Yemen, a break of Yemen air blockade, could serve as an initial measure to fully remove the whole Yemen siege. Also, targeting the three Saudi naval vessels near Bab-el-Mandeb Strait within past three weeks signaled that the attempts were being intensified to entirely break Yemen Siege, pushing Saudi Arabia to yield to political choice and accept other countries’ roles while the Saudis have struggled to act exclusively in Yemen to, once again, re-impose their (P)GCC Initiative plan which was adopted in Yemen in 2012.

Alwaght: In addition to Russia which seeks to play an active role in Yemen’s crisis, other counties’ leaders like the US and Britain have pointed out, though unofficially, that the Yemeni crisis had no military solution and a political settlement was needed for the situation in Yemen. What is your take on their stances?

Zarei: As you now, during last seven months Saudi aggression on Yemen has been in a state of political isolation with Saudi Arabia, Yemen and the pro-Saudi sides being its exclusive players. The continuation of crisis beside the sensitivity of Yemen case for Saudi Arabia have left impacts on other regional cases, shifting the attention from Syria to Yemen. In the Americans and Europeans viewpoint, settling down Syrian crisis is top priority, because solving the crisis in Syria in favor of the West could weaken the Axis of Resistance, while Yemeni case solution, whether in favor of Saudi Arabia or against it, is not of that significance and potentiality to affect the Axis of Resistance in West Asia. In fact the Yemeni role is supportive while the Syrian role is essential for the Resistance line.

Absence of Syria would mean absence of Lebanon’s Hezbollah and even more absence of the Palestinian resistance. And loss of Syria would result in the Iranian and Iraqi alliance being indecisive and uninfluential in the West Asian region. Therefore, Syria’s role is pivotal and of priority in the region. This is while Riyadh, with its mismanagement, seeks to promote the importance of the Yemeni role in the region and prioritize the Yemeni case as the region’s top crisis. On the other side, the Resistance bloc has been taking steps to contain the conflicts in Syria, as it is looking forward to seeing a conclusion to Yemen’s crisis.

Actually, the Resistant Axis countries in a country like Syria are trying to stabilize the existing government, while in another country like Yemen they make efforts to help them form a government. So, it is obvious that Saudi Arabia is doing its best to modify the scene and reshuffle the priorities, an issue running counter to Europe, the US and generally the Western policies. Therefore, the Western officials along with the UN insist that Yemen’s crisis should be settled politically. Clearly, the Saudis are losing some of their key allies as the Yemeni crisis keeps unfolding.

Alwaght: Saudi Foreign Minister Adel al-Jubeir, accompanied by ousted Yemeni deputy president, visited Oman. Regarding the fact that Oman announced neutrality in Yemen case and did not back Saudi Arabia, what was reason behind this visit?

Zarei: Since the beginning of Saudi war on Yemen, Oman has broken away from Riyadh, and it was the only Arab Peninsula country that took a different stance towards the crisis. Painted as insignificant standing by Saudi Arabia, Oman’s position later, as the crisis kept going on, turned to be crucial, making Muscat, Oman’s capital, a center for holding brief talks between Yemen’s Ansarullah and the other Yemeni groups.

However, the Saudi FM’s visit is something new, and it seems that Saudis are intending to examine the line of  developments as November 15, the date of Yemen peace talks, is arriving. On the other hand, the visit signifies Saudi officials’ weakness because they are forced to travel to Oman to manipulate Muscat’s role in Yemen’s crisis.

Alwaght: On the verge of November 15 Yemen talks, Saudi FM has said that the war on Yemen was ending, but the Saudi-led coalition has continued its military activities like troops recruitment and sending new military equipment to the battlefield, calling the new operation as the ultimate victory. How can this Saudi Arabia’s practical and verbal contradiction be described?

Zarei: The fact that Saudi Arabia has promised a final victory after eight months of conducting military operations in Yemen means a confession to failure in achieving the previous goals. Also, the contradiction shows that the Saudis, despite vows they made to hold talks, are simultaneously considering military operations; therefore, they add to their forces in the Yemeni areas like Marib and Taiz. The objectives which have been out of Saudi reach for past eight months cannot be accessed within days ahead of a meeting to be held on Yemen. Besides, with a review of Riyadh objectives a couple of points could be come up with.

The first stated objective of the Saudis to attack Yemen was extensively weakening the Ansarullah movement’s military as well as political ground, downgrading the resistant movement from an active stage to a passive one. But, in practice the mass of Ansarullah’s missile attacks on the Saudi targets and positions do not signal that the movement in Yemen has been weakened. The kingdom’s second goal was restore Mansour Hadi and his Prime Minister Khaled Bahah to power.

This goal also failed to see the light, and there is another government currently in Yemen. Capturing the capital city, Sana’a, was Riyadh’s third objective, which also was not fulfilled and the city is now held by the popular revolutionary committees and Ansarullah forces. The Saudi fourth goal, which was to push Ansarullah fighters out of Yemen’s cities, also was met with failure, because now Ansarullah is present in most of the Yemeni cities. Actually, it does not seem that Saudi Arabia has achieved any of the aims it set to reach in Yemen war.

But the Saudis are doing their best to capture Taiz as a strategic point to claim that they have reached their aim, though capturing Taiz was not Riyadh’s primary objective, and none of Saudi statements at the beginning of the aggression has referred to Taiz as the ultimate objective of assault against Yemen. But to claim victory in Yemen, the Saudis need to highlight Taiz capture as the war goal, the same job done by the Israeli regime in its 33-Day war against Lebanon in 2006.

Focusing their extensive propaganda on Bint Jbeil and struggling to present it as important for being Hezbollah’s stronghold, the Israelis went to great lengths to capture the town to promote the notion that by holding the Lebanon’s southern town they had reached their goals, though they finally failed to take control of the town after many tolls on their side. Following the failure, the Israelis were forced to accept the UN resolution 1701, without having any part of Lebanon’s territories in their hand.

Currently, the Saudis are following the same path, highlighting Taiz as significant city, intending to hold it and introduce it as the major aim of the war. But why Taiz? Because Taiz enjoys a strategic position and it is its proximity to the Bab-el-Mandeb Strait, and it has capacity to be marked as the big war goal by propaganda. On the other hand, the Saudis have set their hope on traditional presence of Yemeni Congregation for Reform (Hizb al-Islah in Arabic) in Taiz. Riyadh wants to convince Ansarullah’s internal enemy to join in against the resistant movement. Meanwhile, the Saudis have suffered great losses as they moved ahead to capture Taiz.

The latest great damages delivered to the kingdom were their three warships being destroyed in the attacks. On the other hand, the Taiz capture attempt has left 500 of the Arab coalition’s forces dead so far, and Saudi Arabia’s advances in Taiz have been limited to the areas of city where held by forces belonging to Riyadh’s allies, namely al-Islah movement, and they have not made any new progress in other areas in the city. The only possibility about capturing Taiz is that the Saudis, to press the Yemeni people to submit to their desired conditions in the forthcoming peace negotiations, would conduct huge and inhumane attacks in Taiz.

Having in mind the fact that Taiz has a large population, the possibility of doing this plan by the Saudis to gain a bargaining chip cannot be ruled out. This is the same action done by the Israelis at the last stages of the 33-Day war in Ghana town, or in the 22-Day Gaza war in the UNRWA’s school.

Alwaght:  Who do you predict the outcome of upcoming Yemen peace Talks?

Zarei: This round of talks would be held in better conditions, because at the previous one the Saudis were totally against negotiations and they did much prevent dialogue from being held. For example they tried to make the Yemeni delegation miss the meeting, stranding Sana’a negotiation team first in Djibouti airport for 24 hours, and then in Cairo for 48 hours. Riyadh, finally, did not allow face-to-face negotiations between the Yemeni sides, making the UN’s representative to be on the move between two separate rooms as a mediator. But, at the time being, Saudis have accepted the negotiation principle and so they have gone so far, including the recent al-Jubeir’s visit to Oman, to manipulate the forthcoming talks between the opposing sides. But, the November 15 negotiations have a narrow chance of success due to the disruptive acts which can be followed by Saudi Arabia. However, the Geneva II talks could make a base for future agreements.