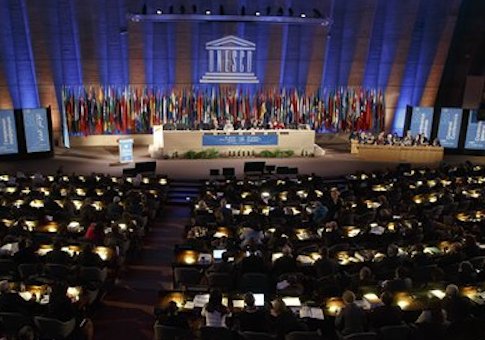 The organization’s executive board elections took place Wednesday, and Iran won a spot in UNESCO’s Electoral Group IV, according to a release posted on social media by the executive director of U.N. Watch, Hillel Neuer. UNESCO was co-founded by the United States in 1945 after World War II and promotes cooperation between countries on education, culture, and science.

The news comes less than a month after UNESCO voted in favor of a resolution condemning Israel. The resolution initially included language that designated the Western Wall in the Old City of Jerusalem as part of the Al-Aqsa Mosque, but the clause was later dropped.

The executive board of the organization is made up of 58 member states, each with a four-year term. The board members are tasked with creating UNESCO’s agenda and implementing the programs undertaken by the general conference. Iran has been a member of UNESCO since September 1948, according to the organization’s website.

The U.S. also retained its position on UNESCO’s executive board even though the government cut funding to the U.N. agency in 2011 when it voted to admit Palestine as its new member. U.S. law bars the government from giving money to international organizations that recognize Palestinian statehood.

As a result, the U.S. lost its right to vote in the UNESCO general conference in 2013.

Secretary of State John Kerry visited the U.N. arm’s headquarters in Paris last month to lobby for the U.S. to retain its spot on the executive board and promised to work with Congress to restore funding to UNESCO.

“The United States is a proud candidate for re-election to UNESCO’s executive board, and I am very grateful for the opportunity to be here just to talk with all of you … but really to explain to you the depth of the commitment that the United States has to this body, as well as our high hopes for the future,” Kerry said during remarks to ambassadors and officials for the organization.

Other countries occupying seats in Electoral Group IV alongside Iran are Malaysia, Vietnam, Sri Lanka, the Republic of Korea, and Pakistan.