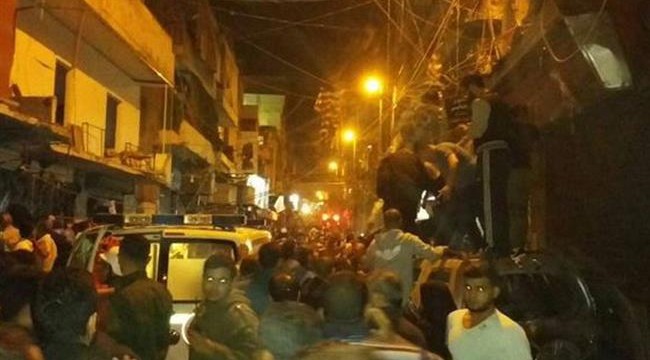 More than 40 people have reportedly been killed and dozens of others wounded after two large explosions claimed by the Daesh Takfiri militants rocked a security post in the Borj al-Barajaneh area in a southern suburb of Lebanon’s capital, Beirut.

According to the Lebanese al-Manar television, the explosions were carried out by two bombers near the General Security Post in Hussaineya street in Borj al-Barajneh on Thursday.

Lebanese Health Minister Wael Abu Faour said 41 people have been killed and some 200 others injured in the attacks.

The number of the dead is expected to rise as many of the wounded are in critical condition, the Lebanese minister added.

According to reports, the two bombs exploded within five minutes and 20 meters from each other.

Security forces have cordoned off the area of the blasts.

Lebanon has declared Friday as a day of national mourning following the deadly bomb attacks.

Lebanon’s Prime Minister Tammam Salam condemned the attacks as “unjustifiable”, and called for unity against “plans to create strife” in the country.

He also urged officials to overcome their differences.

“We will not be lenient in apprehending those behind these attacks,” he said.

A large number of people have lost their lives in terrorist attacks in the Lebanese capital and some areas in the country’s east over the past months.

This comes as the Lebanese army has been, for months, carrying out operations in the Lebanese town of Arsal on the border with Syria, where thousands of militants from the terrorist group Nusra Front and Takfiri Daesh group, are believed to be operating.