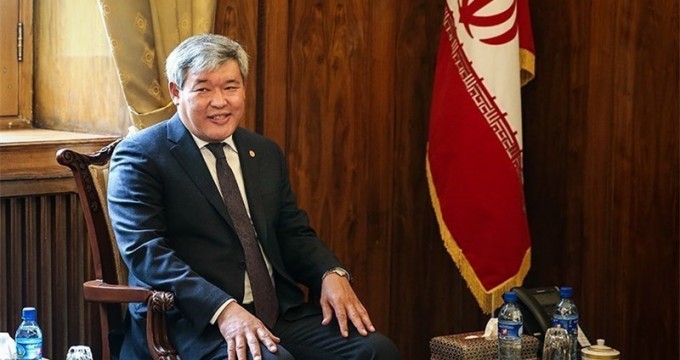 Kazakhstan’s Deputy Foreign Minister Rapil Zhoshybayev announced on Tuesday that his country is engaged in the nuclear technology activities and is weighing plans to construct two nuclear power plants in Kazakhstan.

Astana can cooperate with Tehran in this field, he noted, while speaking at a press conference in Kazakhstan’s embassy in Iran.

Zhoshybayev also added that the Iranian officials have had a “positive” attitude towards the idea of nuclear cooperation with Kazakhstan.

The Kazakh diplomat held meetings with a number of top Iranian officials earlier in the day and discussed a range of issues, including Iran’s presence in the Expo-2017, to be held in Astana.

In 2012, Astana was chosen by the International Exhibitions Bureau (BIE) as the venue to host Expo-2017, which will focus on the theme “Future Energy”.