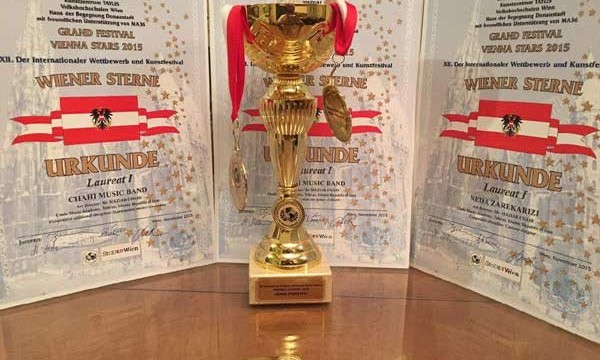 The music ensemble was announced as the first laureate at the International Competition and Art Festival ‘Vienna Stars’ which was held in Vienna from 1-4 November 2015.

The band presented a performance based on one of Shahnameh (King of Epics) stories named ‘White Fortress’ for which it won the first place in the event’s folk music. The Iranian group also won the event’s best costume design award.

In the 2015 edition, more than 80 performances from 23 countries were presented between which the jury chose the Iranian performance among the top 10 and Mazyar Chahi received a diploma as well.

The International Competition and Art Festival ‘Vienna Stars’ is held in Vienna – twice a year: in late March and early November.