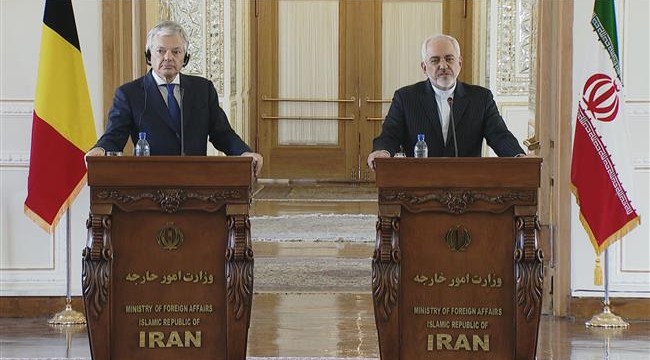 Responding to a reporter question about Syria crisis, Zarif highlighted that the terrorist groups shouldn’t be allowed to sell oil, adding that there are key questions as to who buy the ISIS’s oil and where the group’s money is transferred to. “These are the significant questions need to be answered,” he said.

Elsewhere in his remarks in responding the same question, Zarif stated that unlike some who believe in military solution, Iran urges the political solution as the only way of resolving the Syria crisis. “This is the international community’s responsibility to confront terrorism,” he stated, warning that some countries’ unacceptable approach toward the terrorist groups have expanded the phenomena in the region.

He went on to say that regrettably some hasn’t concluded that ISIS and any kind of extremism is a threat for all, further adding that nobody should decide the future of Syria and let the Syrians solve the case of terrorism, but rather this is international community to fight against terrorism and let the Syrian people resolve their own fate.

These are the questions that have repeatedly been asked from the US and other Western powers,but they refuse to give a clear answer due to their double-standard policies.