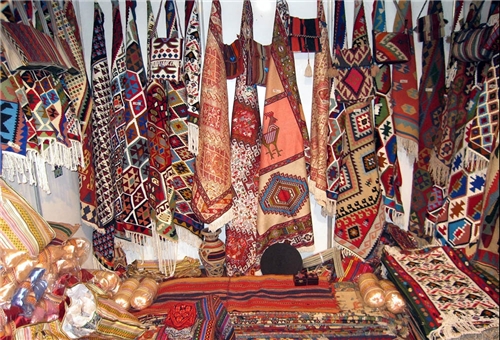 Babol, Nov. 09 (MNA) – An international market of East Asia’s handicrafts will launch in the northern Iranian Babol County with the participation of foreign cultural attaches to Iran.

The international market will open in Amir Kola-Babol ring road during the Fajr Decade (the anniversary of the victory of the 1979 Islamic Revolution). It will be attended by foreign ambassadors, Iranian officials as well as trade and handicrafts activists.

The MP of Babol in Iran’s Parliament Niaz Azari visited the site and said “Supported by Iran’s Cultural Heritage, Handicrafts and Tourism Organization (ICHTO), the market will be an international site for tourists.”

Accordingly, the head of Mazandaran province’s ICHTO Delavar Bozorgnia said that the market will be a cultural center for Iran and East Asian countries.

The manager of the international market Hassan Zakerian said that the market sprawls over an area of 1200 sqm and 300 artists of Mazandaran’s handicrafts will export their works through the event.