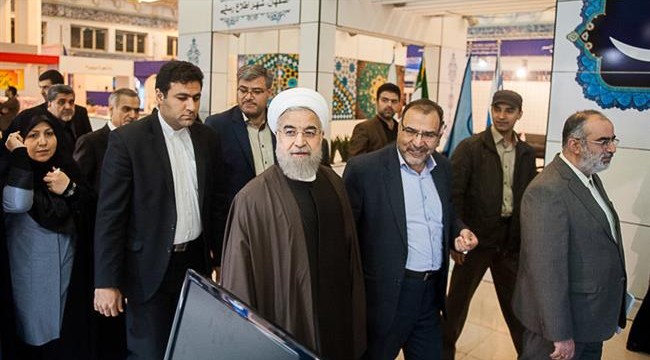 Tehran, Nov 8, IRNA – President Hassan Rouhani said Iran is going to modernize the reactor in Arak with more advanced equipment in the future.

Talking at the opening ceremony of the 21st Press and News Agencies Exhibition here on Sunday, he said it is a matter of national pride for Iran that it succeeded in safeguarding its inalienable rights and even go one step further to demand modernization of Arak nuclear plant.

Iran has further asked the so-called group of P5+1 countries (including US, Russia, China, UK, France and Germany) to introduce their latest technologies into Iran’s nuclear activities, he said.

He said the improved Arak plant that Iran is going to build will be remarkably different from its previous version.

President Rouhani also said that (in the nuclear deal) Iran not only managed to consolidate its right for enrichment and transforming the yellow cake into UF6, but went on even further to gain the opportunity to trade it.

He said Iran is going to join the international nuclear trade market in a few weeks, and in the process Iran will be able to modernize its certrifuges.

The very day the nuclear agreement is implemented, the President stressed, Iran will inject IR8 in new centrifuges.