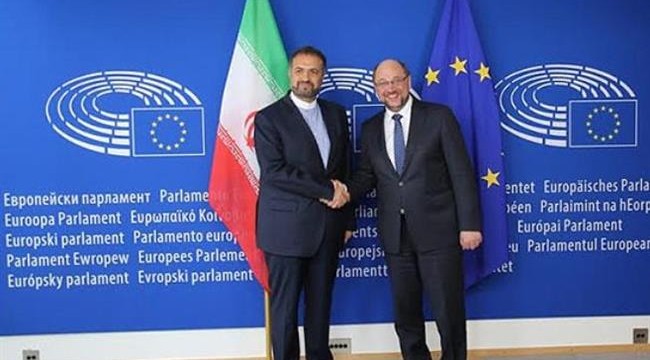 President of the European Parliament (EP) Martin Schulz has stressed the importance of improving parliamentary relations between Iran and the European Union in various fields, including the fight against terrorism.

Schulz, who paid a one-day visit to Iran on Saturday for talks with senior Iranian officials, held a meeting with head of Iran-EP parliamentary relations group, Kazem Jalali.

The EP president said Iran’s recent membership in the executive committee of the Inter-Parliamentary Union will be a good opportunity for promotion of parliamentary diplomacy between the two sides.

He added that Iran has great potential and can play a leading role in tackling global problems.

The EU official stated that European countries lack enough understanding of Islam and should revise their concrete ideas about the divine religion and the Muslim world.

Jalali, for his part, said a new chapter has opened in cooperation between Iran and the EP.

Cooperation between Iran and the European Union, the Iranian lawmaker added, as two influential regional and international players, serves as a major factor in resolving the existing crises in the region.