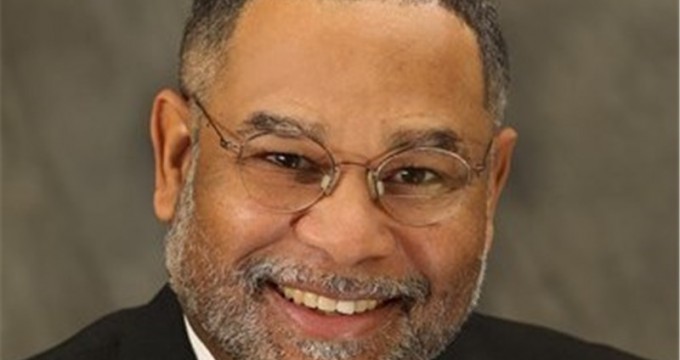 In an interview with Mehr News on the sidelines of the third edition of International New Horizon Independent Conference in Tehran, Wilmer Leon answered the questions on the issue:

Is the US becoming a Police State? How do you predict the future of police brutality in the US?

Unfortunately I think that the United States is quickly becoming a Police State. The created threat of domestic terror is perpetuated and is going to get much worse before it gets better. There is no real counternarrative being provided that would offset this boogie man effect in that people are coming from all globe to destroy the country. And also the narrative that black people are dangerous, black people are aggressive and that they must be controlled. So events such as the New Horizon conference can help articulate programs until they can become more popular.

What are some of the rules which are against African Americans in the US?

There are unwritten rules which have been in existence in the country since the first slaves disembarked from that Dutch ship in 1619, then you also have rules such as mandatory minimum sentencing, the disparity between the crack cocaine and powder cocaine drug laws. So you have a number of laws that are on the books which on the surface don’t say that are targeting African-Americans but they have disproportionate impacts on African-Americans. Slowly some of those rules are being challenged and are starting to be overturned. But unfortunately the damage has already been done. We are two generations now into this mass incarceration movement and so you have two generations of people that for all purposes, have been lost and now some of their children have been lost and this is going to take a tremendous effort in order to get the trend back.

Regarding the statistics showing high number of blacks inside the US jails, do you think this is because they commit crime more than whites, or it indicates discrimination against them?

There are about 2.5 million people incarcerated in the country and African-Americans make up about 53% of those prisoners. The data clearly shows that African-Americans are no more inclined to make crimes than anybody else in the country. What that massive incarceration number demonstrates is the difference between how people are charged, prosecuted, and the differences in the nuances in the system that wind up in many instances allowing white individuals to be charged with lesser offences, if they are charged at all, where African-Americans tend to get harsher sentences, longer penalties and are charged with higher crimes than their white counterparts.

How do you evaluate the role of media in raising brutality against blacks?

The Media plays a significant role in a number of things. One, the Media has a tendency to perpetuate a narrative and that narrative is that white Americans need to be afraid of black Americans and started with the film back in the 1930s where the white America had to be protected from the black threat. That has been perpetuated in television, in the news, in movies as well.

What do you think about the approaches and mottos by US presidential election candidates towards blacks in the US?

Both parties, the Republicans and Democrats, to a great degree, have written the African American community off. The Republican Party figures they are not going to have enough vote of African-Americans so they don’t really speak about our issues. The Democratic Party, since African Americans have voted for them for over the last 50 years, take African-American vote for granted and unfortunately the leadership within the African-American community is not doing enough to place demands upon those that are seeking political office in forcing them to articulate expected policies and programs that would address our issues.