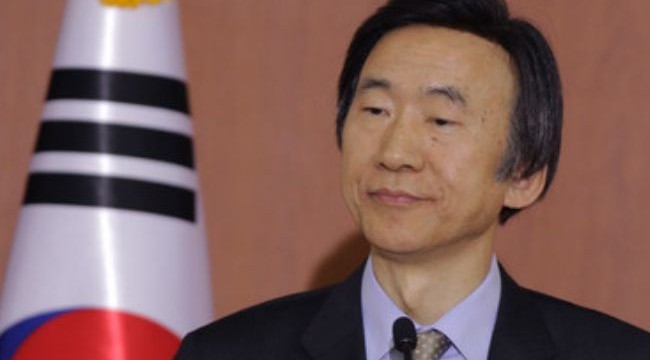 Tehran, Nov 7, IRNA – South Korean Foreign Minister, Yun Byung-se, arrived in Tehran on Saturday moring in a trip which is the first by a South Korean foreign minister in 14 years.

Yun’s one day visit to Tehran comes four months after Iran and the Group 5+1 (Russia, China, the US, Britain, France, and Germany) on July 14 reached a conclusion on a 159-page nuclear agreement that would terminate all nuclear-related sanctions imposed on Tehran over its nuclear energy program.

Yun is scheduled to hold talks with his Iranian counterpart, Mohammad Javad Zarif, on a wide-range of issues including progress on the deal’s implementation, bilateral ties and the political situation in their respective regions.

Yun’s visit will also include a meeting with Iranian President Hassan Rouhani.

Yun and Zarif held talks on the sidelines of the UN General Assembly’s meeting in September, as well as last year.

South Korea has shown renewed interest in business opportunities in Iran as the lifting of international sanctions will allow it to tap into the oil-rich country’s energy sector.
The new South Korean ambassador to Iran is scheduled to present a copy of his credentials to Zarif today.