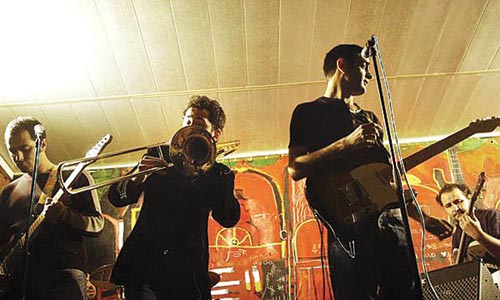 Iranian players to play in UNESCO 70th anniv. in Paris

TEHRAN, Nov. 07 (MNA) – A number of Iranian players will participate in an international music group ‘Melody for Dialogue,’ which is to celebrate UNESCO 70th formation anniversary in Paris, December 22.

‘Melody for Dialogue,’ which is run by UNESCO itself, will hold a concert in Paris to commemorate the organization’s 70th formation as well as its own 10th formation anniversary.

The City of Prague Philharmonic Orchestra, and a number of other players from different countries will play in the December 22 event. From Iran, it is speculated that Hamid Behrouzinia, the Tar player, Nima Niktab’, player of the Daf (a spiritual drum usually played in religious Sufi houses) and other percussion devices will represent Iran in the event. Last year, ‘Melody for Dialogue’ had held an orchestra in China’s Nanjing which stole the spotlight.

Hamid Behrouzinia is the lead and composer of ‘Lutus’ musical band; he has released several albums and held many concerts inside Iran. In 2010, he was nominated by the House of Music for the Best Album of the Year award. Nima Niktab’ is a percussion player and a member of ‘Rastak’ musical band. They have performed in many events domestically or overseas.