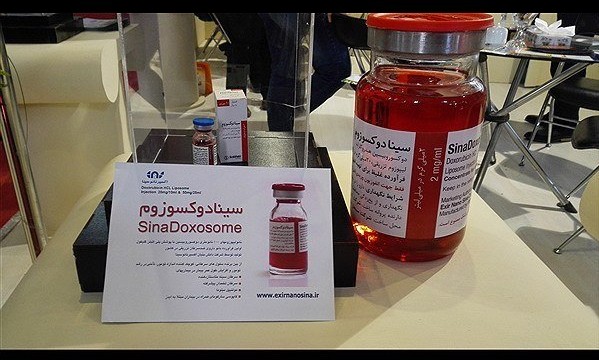 Speaking to a reporter on Saturday, Mahnaz Qomi, the managing director of knowledge based firm producing the anti-cancer nano medicine, commercially known as SinaDoxosome, noted that the nano-based drug was first developed by Iranian researchers four years ago and soon was presented to market.

She stated that last year Iran has exported about 400 vials of SinaDoxosome to Syria while it sells over 2000 vial of drug this year, showing five times growth in the drug export to the country.

“Compared to other countries, Syria pays about 40% less for the Iranian-made drug,” she further stated, adding that the medicine is one of the key drugs in chemotherapy for breast and ovarian cancer as well as treatment of bone marrow cancer.

Elsewhere in her remarks, she added that Iran ranks five in producing SinaDoxosome drug in the world.