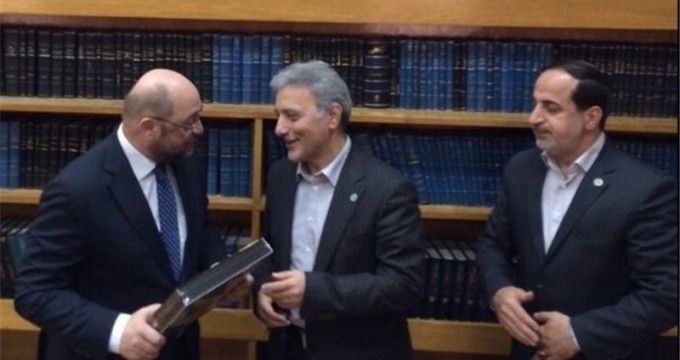 TEHRAN (Tasnim) – President of the European Parliament Martin Schulz on Saturday met with the chancellor of the University of Tehran here in the Iranian capital.

The European official, who arrived in Tehran earlier in the day, met Mohammad Nili Ahmadabadi, the president of University of Tehran.

Later on Saturday, he also held a meeting with Speaker of the Iranian Parliament Ali Larijani, during which they conferred on a range of issues.

In their meeting, Schulz and Larijani discussed the bilateral relations between Iran and the European Parliament.

They also discussed the latest developments in the Middle East, with the focus on a crisis that has engulfed Syria for more than 4 years.