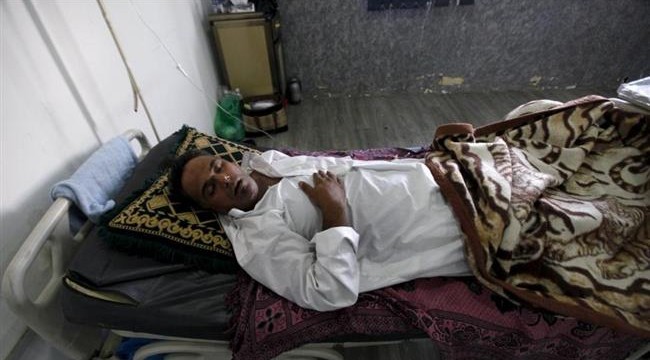 Cholera can hit more areas in Iraq due to recent flooding: UNICEF

The United Nations children’s agency (UNICEF) has warned that the cholera outbreak in Iraq could sweep across the country, affecting more people, including displaced children and women.

“There is unfortunately a high risk that cholera will reach more areas of Iraq, affecting marginalized and displaced children, women and their families in particular, so we have to act fast,” said Peter Hawkins, UNICEF’s representative in Iraq, in a statement on Friday.
The torrential rains in late October in the country and the subsequent flooding inundated several areas, including the capital Baghdad, which were considered vulnerable to the spread of the infectious disease, the statement further read.

According to the statement, since the cholera outbreak was confirmed in mid-September, more than 2,200 people — about 20 percent of them children – have been infected across 15 of the country’s 18 provinces. The epidemic has killed six people so far.

Cholera is an acute intestinal infection caused by ingestion of food or water contaminated with the bacterium Vibrio cholerae. It is a fast-developing infection that causes diarrhea, which can quickly lead to severe dehydration and death if treatment is not promptly provided.

Iraqis get vaccinated for cholera at the university district in Baghdad, on November 1, 2015. (AFP)

The school year in large parts of the country has been delayed by a full month due to the cholera outbreak.

Hawkins earlier said that the cholera outbreak in Iraq had spread to some neighboring countries. He warned that the infectious disease could turn into a region-wide epidemic as a large annual religious gathering neared in Iraq.

“It (the outbreak) already has a regional dynamic and the risk of that can only be increased by people from all over the region coming into Iraq… Kuwait, Bahrain and Syria have already had confirmed cases,” Hawkins said on Thursday.
On December 2, millions of Shia pilgrims will attend mourning rituals of Arba’een, which marks the 40th day after the martyrdom anniversary of Imam Hussein, the second Shia Imam, in the central Iraqi city of Karbala.